Says there is no need for war or political tension, it’s of no use and it won’t help anybody

•  “I have no personal issues with any politician and nobody should have any issues on my behalf," Waita said.

•  “You shouldn’t have a problem with your neighbour because they support certain aspirants. I don’t have problem with them. If they invite me for tea, I will go," he said. 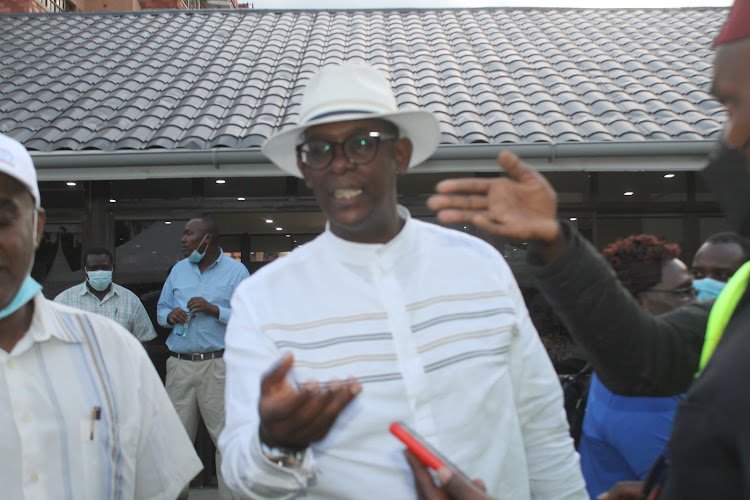 Former State House chief of staff Nzioka Waita has cautioned his supporters against attacking his political opponents saying he has no personal issues with them.

Waita instead asked his supporters to embrace peace as they support his Machakos gubernatorial bid ahead of the August 9 General Election.

The former chief of staff spoke during a meeting with 300 residents from Athi River subcounty at a hotel in Syokimau, Machakos county, on Sunday.

“I have no personal issues with any politician and nobody should have any issues on my behalf. So, you shouldn’t have a problem with your neighbour because he or she supports certain aspirants.

“I don’t have problem with them. If they invite me for tea, I will go take tea with them. And that’s the kind of politics we want in our country. There is no need for war or political tension, it’s of no use and it won’t help anybody,” Waita said.

The aspirant had a four-hour interactive meeting with residents where he listened to their concerns, challenges and advise.

He later responded to them as he sold his political manifesto and requested them to support his candidature.

The 46 – year – old shared with the residents his blue print of what he wishes for Machakos county once elected the second governor.

"One of the advantages is that I was born and raised in Nairobi, I don't have an enemy in Machakos. So, no one can claim that I have gotten to Machakos to terrorise specific persons," Waita said.

He said he wanted the job so that he can serve the citizens.

The former chief of staff said he was more qualified than all his opponents when it comes to service delivery.

He said having worked with President Uhuru Kenyatta as the head of the Presidential Delivery Unit for seven years, he is the best candidate for the Machakos gubernatorial seat

Apart from working in public service, the new political entrant in the Machakos race prided on his track record in working in the cooperate scene.

The former chief of staff worked at Safaricom PLC before joining State House.

“The other people aren’t qualified. So, let’s discount them. The work of a governor isn’t for politics. It isn’t a job of talking, insults, cat walk, people coming dressed well with make ups, yet the job itself they don’t know,” Waita said.

Waita said he has held several consultative meetings about his candidature.

“The reason I have been so quiet is because I have been talking with leaders, consulting, churches, and mosques. Let’s start from a position of knowledge,” he said.

The aspirant said he intends to ensure Machakos becomes the model county through development.

He said issues of poor roads, lack of sewerage systems, water problems, poor health standards and hospitals will be things of the past when he rises to power.

Waita however, said he will contest on a ‘little’ known party.

He said he had tried to discuss with Wiper leader Kalonzo Musyoka on the party issue but found there was already a jam.

Three aspirants are already battling to have the party’s ticket ahead of the general elections. They are Makau, Wavinya and Mwangangi .

He, however, said that the party he will contest on will be within the Azimio La Umoja movement.

“I support Raila Odinga because he is the one who will become the fifth president of Kenya, I have decided that the community I will represent won’t be out of government,” Waita said.

The aspirant said he will humble himself to the national government so that Machakos can benefit from development projects. 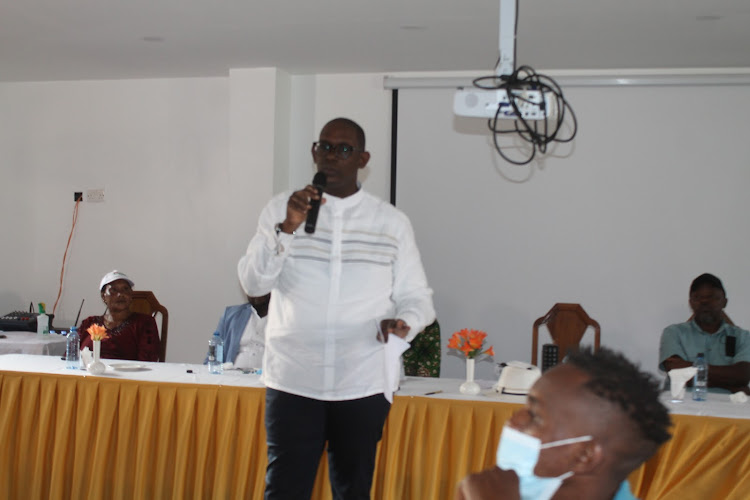 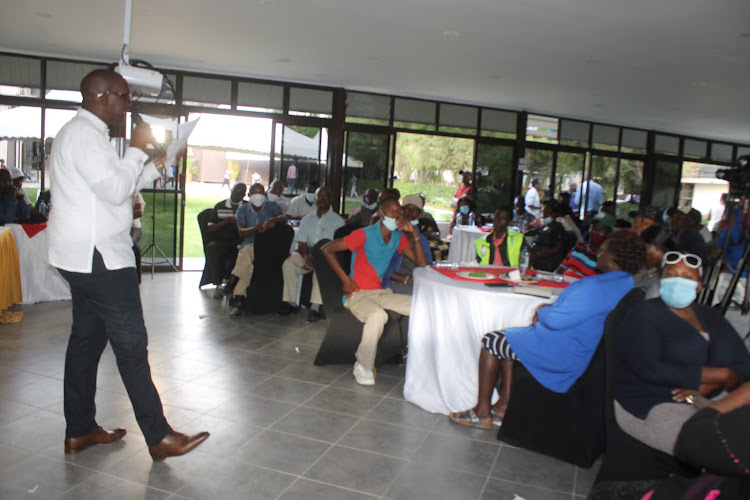 Say Ruto is a self-seeking, political trickster who Kenyans can't afford to entrust with the top leadership.
Counties
4 months ago
“WATCH: The latest videos from the Star”
by GEORGE OWITI Correspondent - Machakos
Eastern
21 February 2022 - 22:00