Kimathi says he will vie on Devolution Empowerment Party, popularly known as ‘Mbus’

• He said he will prioritise education if he is elected MP. 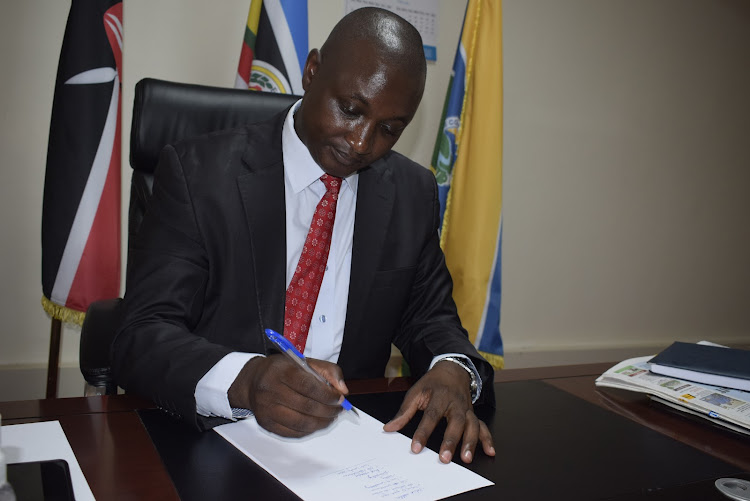 Kimathi will be making a second attempt at the seat after losing the 2017 election to the incumbent Kathuri Murungi.

He said he will prioritise education if he is elected MP.

Kimathi spoke to the star in his office in Meru town on Saturday.

The chief of staff will vie on Devolution Empowerment Party, popularly known as ‘Mbus’, led by Governor Kiraitu.

Kiaritu who had a number of MPs elected in Meru in 2013 through the party is urging aspirants and residents to become members.

Kimathi said if elected, he will table a motion asking the national government to make banana a cash crop.

South Imenti is known for banana, tea and coffee farming. The Ntharene market supplies banana to as far as Mombasa.

“If banana farmers are put in a cooperatives, then value addition is easier. Value addition will cushion farmers from losses,” Kimathi said.

The chief of staff said he will also uplift education standards in the constituency, as it is now ranked as third out on nine constituencies in Meru.

“Three quarter of roads remain with poor road networks. I will fix this if  elected,” he said.

The chief of staff said he will also find jobs for fresh graduates.

He also said there should be high degree of tolerance and everyone should be given a chance to express themselves politically and vote for whichever leader they want.

“Kenyans should bring that democratic culture that we have always been talking about,” Kimathi said.

He said the NCIC should be on high alert to caution MPs and politicians against hate speech.

Mc Jessy will be vying for Imenti South parliamentary seat on a UDA party ticket.
News
3 months ago