The sub-tribe has been left with no representation after the upper Embu took all seats, says Norman Nyagah

•Responding to the accusations, Embu County UDA coordinator Joshua Kanake said the party has equal representation in all parts of the county.

•Embu County governor hopeful John Muchiri also responded saying the elected coordinators will only serve the party and not individuals. 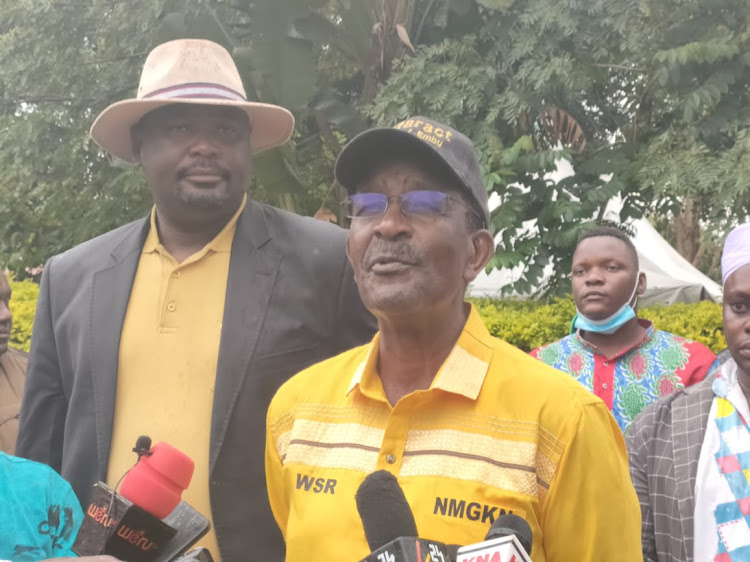 UDA party aspirants from the Mbeere sub-tribe have accused the party of discrimination saying all the top seats have been occupied by people from the upper Embu.

They said that the upper part of Embu, which consists of Runyenjes and Manyatta constituencies, has produced the two county coordinators thus leaving Mbeere North and South with no representative.

Embu County Senator hopeful Norman Nyagah said that Deputy President William Ruto has several times urged each aspirant to take the coordinator role and as the Mbeere leaders they will consider following that directive.

"DP Ruto has stated severally that all aspirants should convert themselves into coordinators and as party members we will follow his words," said Nyagah during the aspirants meeting on Tuesday.

He disagreed with the idea of the party selecting two coordinators in each polling station saying it will bolster division among the party members and aspirants in the county.

"We urge the headquarters to call off the idea of selecting of two coordinators per polling centre and allow us to continue as it is," he said.

Responding to the accusations, Embu County UDA coordinator Joshua Kanake said the party has equal representation in all parts of the county. Speaking during the United Democratic Alliance polling station coordinators elections at Embu town on Wednesday, January 19, Kanake said the party structures dictates everything concerning representation and no member is supposed to go against it.

"The party has a structure and everything stipulated by the party structure we're all required to stick to since it's the party directive," said Kanake.

He also said the party directive is to have the polling station coordinators elections.

Kanake said any matter concerning nominations and general elections will be handled by party elections board, to be formed soon.

The former Embu Governor Martin Wambora's advisor said coordinators elected will have nothing to do with nominations and the general elections as many aspirants think.

Embu County governor hopeful John Muchiri also responded saying the elected coordinators will only serve the party and not individuals.

Every region will have representatives and they are supposed to be non-partisan as some aspirants are suspecting.

"We will elect two coordinators in each ward and they will assume the party secretariat in grassroot. They will link between the members at ward level to the party executive," said Muchiri. 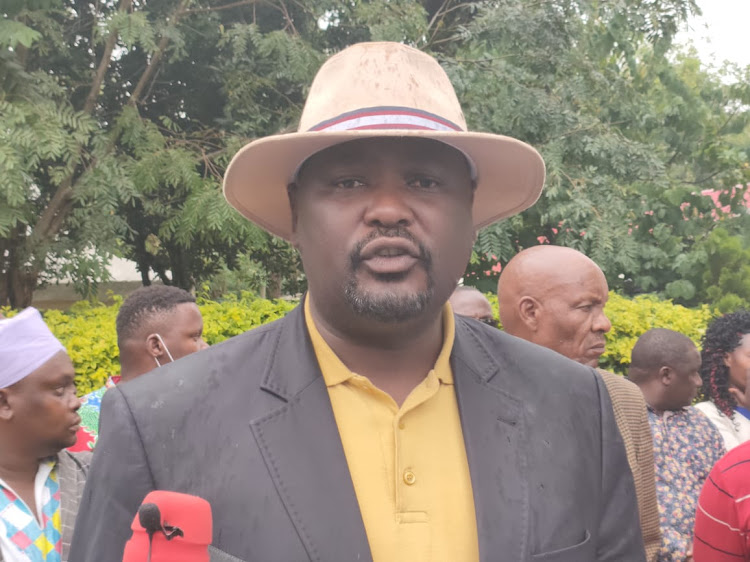 On his side Mbeere North MP aspirant Geoffrey Rûkû differed with Nyagah and urged the UDA heads to appoint a coordinator to represent both Mbeere North and South, saying Mbeere politics have different political dynamics to that of the upper Embu.

"We want to ensure there's no discord in the party affairs in our county. We want to make an appeal to party headquarters that Mbeere region to have a coordinator and we have proposed a name at county level," said Rûkû.

The party conducted the polling station coordinators elections from each sub county on Wednesday, January 19.

The elected coordinators will act as the bridge between the party members in grassroot and the party executive.