Mavoko legislator says the ANC leader has kept his fellow principals in the dark, causing anxiety

• Says Mudavadi hasn’t given enough reasons as to why he failed to attend Oka's meeting in the Rift valley and Nairobi, where other principals were present 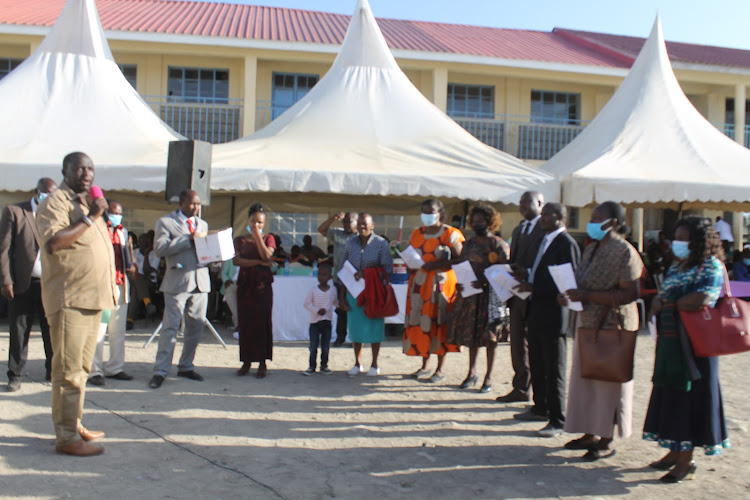 Makau said Mudavadi should tell Kenyans whether he is in Oka or Deputy President William Ruto's UDA.

He said the ANC boss has kept his fellow principals in the dark, causing anxiety among his colleagues and supporters.

“If he has decided otherwise, let him be a gentleman enough and announce it instead of playing a cat and mouse game,” Makau said.

The MP spoke when he issued NG-CDF bursaries at Jet View Primary School in his constituency on Sunday.

He accused Mudavadi of ignoring Oka principals and their activities without sufficient reasons.

He said the former vice president hasn’t given enough reasons as to why he failed to attend Oka's meeting in Naivasha and Nairobi where other principals were present.

“Declare where you want to go instead of taking us for a ride. Nobody will stop you,” Makau said.

On possibilities of joining other forces, Makau vowed not to team up with UDA, saying  Azimio la Umoja was a better option

“Wiper once worked with Baba [Raila Odinga] though he did not support Kalonzo as he had said,” Makau said.

“I better join Azimio because its manifesto is up to date like Oka’s.”