The have urged the government to arrest the culprits

•North Imenti MP said it was unfortunate that the deaths were recurring in Nyambene.

•Those who were killed have been buried. 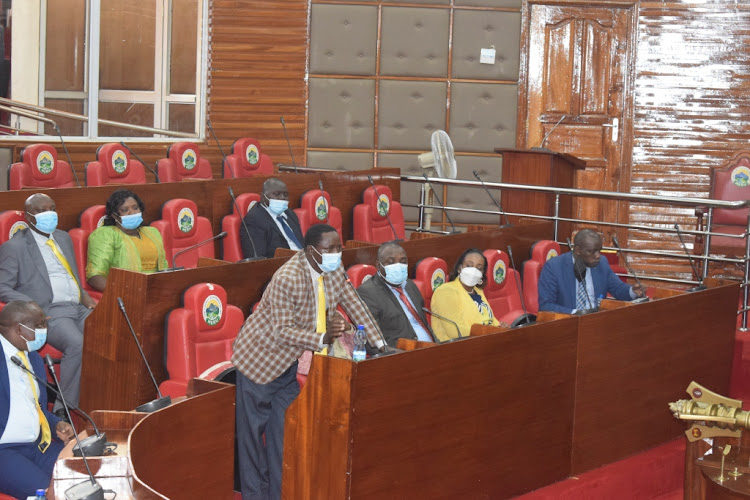 Some of the MCAs during a special siting.
Image: DENNIS DIBONDO

Speaking on Monday in his office, North Imenti MP Dawood Abdul Rahim said it was unfortunate that the deaths were recurring in Nyambene.

He said Kenya Police Reservists should be deployed in the area to enhance security.

The MP urged Interior CS Fred Matiangi, Meru Governor Kiraitu Murungi and Senator Mithika Linturi to have a security meeting with MPs in the affected area.

On Tuesday during a special sitting at the Meru county assembly to swear in Kiagu MCA Simon Kiambi, the assembly also discussed the matter.

MCA Kinyua Tulibu (Muthara) said the government should protect the people of Tigania and Igembe.

“If the government does not protect us we will protect ourselves, we cannot continue burying people in such a manner. We defeated colonialists we can defend ourselves from bandits.”

Akithi MCA David Kaithia said it is unfortunate to lose innocent people, adding that the government should arrest the culprits.

“Although the governor has banned the camels, the county does not have the mandate to enforce the ban so we urge the county commissioner and county police commander to ensure this is enforced,” Kimathi said.

Those killed were buried on Wednesday with Kiraitu contributing Sh1 million for funeral expenses.