•Orengo criticised Deputy President William Ruto, saying he has nothing to offer Kenyans.

•He said Raila’s history speaks for itself and he is fit to succeed Uhuru. 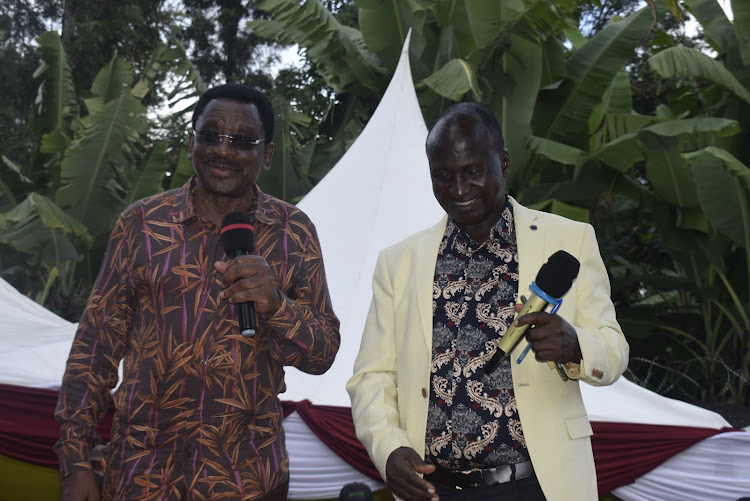 He said the people of Meru will not abandon Raila because they realised they had been hoodwinked not to vote for him.

Orengo spoke on Sunday at the residence of Meru businessman Zablon Mathenge.

Orengo criticised Deputy President William Ruto, saying he has nothing to offer Kenyans.

“He has been a DP for 10 years and served in the Cabinet. What new thing will he do now that he has not done for all this while?” he said.

Orengo said Raila’s history speaks for itself and he is fit to succeed Uhuru.

“He was imprisoned because he fought for democracy and multi-party with Kenneth Matiba, Charles Rubia, Ntai Nkuraru and Gitobu Imanyara,”  the senator said.

Orengo said during President Kibaki tenure, Raila rooted and supported the bringing up of a new constitution while Ruto was opposed.

He said when Ruto calls Raila a witch he has no proof of that.

“Has he come across anyone who has been bewitched by Raila but we all know who the biggest thief in Kenya is,” Orengo said.

He said Raila will transform Kenya under his ten-point programme which he unveiled.

Orengo said that Ruto’s bottom-up model is a misinformation of the economic theory.

He compared Ruto to Mobutu Sese Seko who had promised to uplift Zaire but led to its downfall.

“Ruto has not said how he will transform the country he is just coining a name and using it to get votes,” Orengo said.