Kaithia said the Bus has been parked since 2017, it is dangerous to users

• Akithi Ward MCA David Kaithia said the Bus party has been parked since 2017, the tires have deflated, body damaged, engine has rot cracks and is dangerous to users. 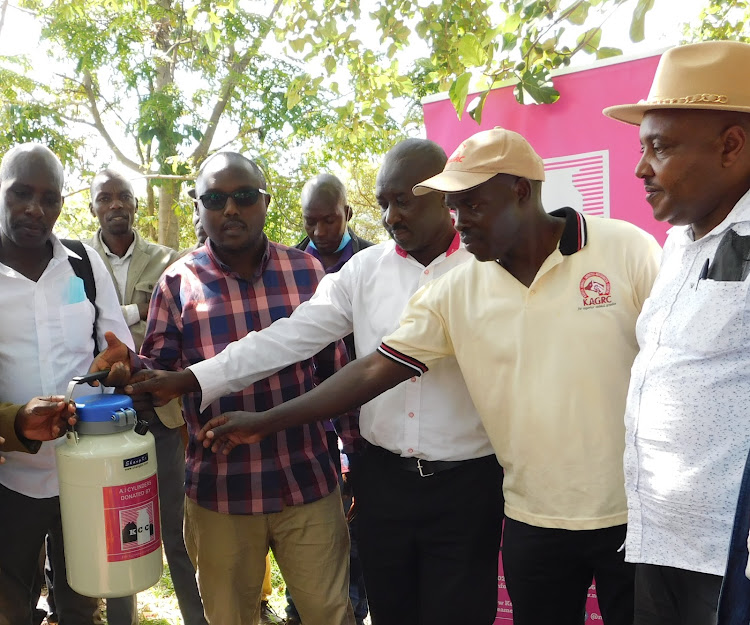 He said the new political vehicle will give the people of Meru and Mt Kenya East a better bargaining power in next year's election.

Akithi Ward MCA David Kaithia said the Bus party has been parked since 2017, the tires have deflated, body damaged, engine has rot cracks and other parts are dangerous to users.

Karithi said Bus is part of Kiraitu’s con games questioning the integrity behind launching the party nine months to elections.

“Meru people are very intelligent nowadays. They have started asking will the party entrench developments to Mwananchi where he has failed.

"A party does not bring developments, even if you register 10 parties but have egocentric minds with no focus to help uplift peoples lives,” Karithi said.

He said Kiraitu was the 2017 advocate, surgeon and mortician in collapsing eleven parties to form Jubilee party but Munya stood his ground and declined any attempts of merging PNU.

“Last time Bus was sold unceremoniously and Kiraitu and his select individuals ate the money.  The same Bus he claims to revive is for soliciting money. He foresees a situation where the 2022 government can’t be formed without a coalition.

"I urge those enticed to register or join the party to desist completely. It will be sold and you will be left in the dark. Why is a party so important now?” Kofia said.

Karithi said a party will not bring developments but only cater for the interests of one person.

“We have more than 40 parties in Kenya. What is so special in launching a dead party? Stop enhancing conman ship to Meru people.

"If Kiraitu is serious, let him join established parties like PNU, go for nominations and if you lose, you go home, if you win, represent,” Karithi said.

Kiraitu who was accompanied by officials of the party, leaders and delegates during the launch said DEP will offer an opportunity for all, and act as a bridge between political leaders and voters.

Post a comment
WATCH: The latest videos from the Star
by GERALD MUTETHIA Correspondent, Meru
Eastern
28 November 2021 - 14:29
Read The E-Paper