KMPDU sued the county for stopping payment of salaries 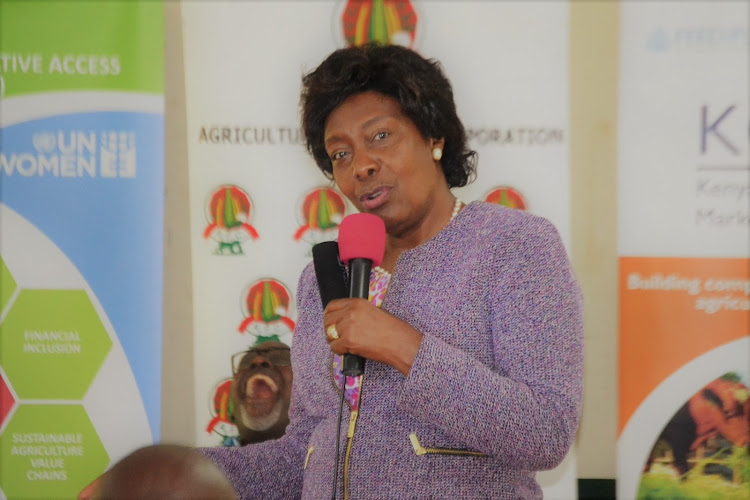 COMPLIED: Kitui Governor Charity Ngilu during a meeting in Kitui town in May.
Image: FILE

Ngilu, who appeared in court on Wednesday, said dismissed doctors are free to work with the county hospital after appropriate mediation.

Kenya Medical Practitioners Pharmacists and Dentists Union lawyer Henry Kurauka confirmed that he had filed an application for contempt of court that sought the jailing of Ngilu and two county officers.

However, he said they were willing to withdraw the matter if the orders are complied with by the county and upon mediation by all parties. He told court that Kitui doctors have not been paid for five months since July.

The case will be mentioned on December 10 before Justice Monica Mbaru to confirm compliance.

Last month, KMPDU secretary general Davji Atella threatened to call a national strike if the governor failed to appear in court over the delayed salaries.

This is after Ngilu failed to appear before labour court over the unpaid salaries of 19 doctors. Justice Mbaru extended the summons.

Mbaru ordered Ngilu, the county service board secretary, the health executive and Kitui health official to appear in court personally on October 29.

They were to show cause why they should not be punished for failing to pay doctors their salaries and dues as ordered by court on October 5.

Ngilu, through her lawyer, requested the court to grant her more time before she appears. The court extended the orders.

The county said they had recalled doctors from different countries and Kenyan hospitals pursuing postgraduate studies.

Kurauka urged the court to deny the respondents an audience and applied for warrants of arrest for disobeying court orders.

Doctor Atellah said they will wait until October 29 then evaluate what value the governors are adding to the healthcare, especially doctors.

“If nothing is done, we shall have a national industrial action to push back on the injustices that are being meted against the workers and the doctors by governors in different counties,” he said.

On October 5, the court issued the orders directing the county to pay doctors their overdue salaries.

Lawyer Kurauka urged the court to discipline the governor and county officials for disobeying court orders.

“The doctors will suffer great prejudice, loss and damage unless the reliefs sought are granted,” the petition reads.

The county had approved applications by the doctors for a fully paid two-year postgraduate study leave in various states and universities.

KMPDU said the specialised training will boost universal healthcare and ensure access to specialised treatment in Kitui, thus improving public health and the welfare of the doctors.

KMPDU said the action to stop payment of the doctor’s salaries is predatory, malicious, illegal and unlawful.