•The commissioner said IEBC needed Sh40 billion to conduct an intensive poll which is Sh19.4 billion less allocated by the treasury.

•He said there was the need for a national dialogue to establish why there was a huge voter registration apathy. 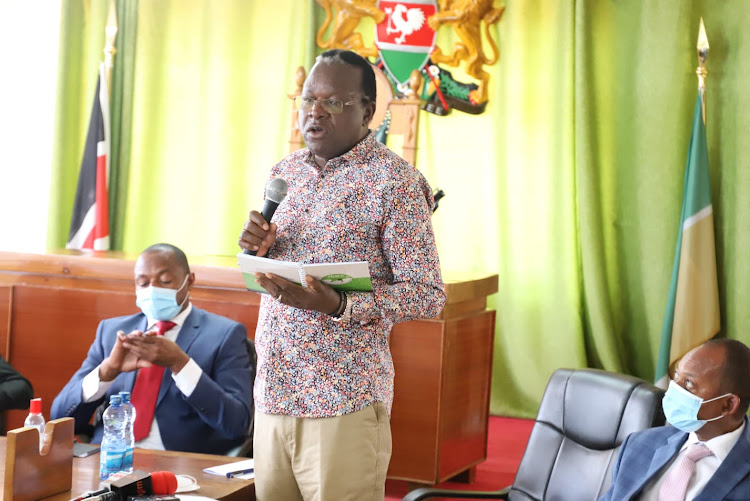 The IEBC is running out of funds to conduct the voter registration and the general election, commissioner Justus Nyang’aya has said.

He said the Independent Electoral and Boundaries Commission looks forward to more funding from the Treasury for better functioning.

Nyang’aya said the amount allocated for the ongoing voter registration exercise is below what the commission needed.

He spoke on Wednesday at the Embu county assembly.

The commissioner said IEBC needed Sh40 billion to conduct an intensive poll which is Sh19.4 billion less allocated by the treasury.

“We requested funds after conducting an intelligent serious budget. IEBC is broke and we rely on the Treasury and the Executive. We will use what we are given,” Nyang’aya said.

“An election is an event, not a one-day affair.”

He however said the commission will ensure credible elections.

The commissioner said there was need for a national dialogue to establish why there was a huge voter registration apathy among the youth.

The commission had projected to register over four million new voters in the month-long enhanced voter registration drive but only 20 per cent target has been realised.

Nyang'aya said from 2018 to September this year, 4.5 million ID cards had been issued to young people yet only 140,000 of those had been captured as voters in the ongoing enhanced mass voter registration expected to end on November 2.

Embu county assembly speaker Josiah Thiriku challenged the commissioner to ensure the elections are free and fair without an influence from the deep state.

The commissioner however said the registration exercise will continue in different IEBC offices.

Munene wanted to know if the few registration kits and clerks were due to a lack of enough money.

He said failure to fund the commission will increase doubts to leaders seeking different positions.