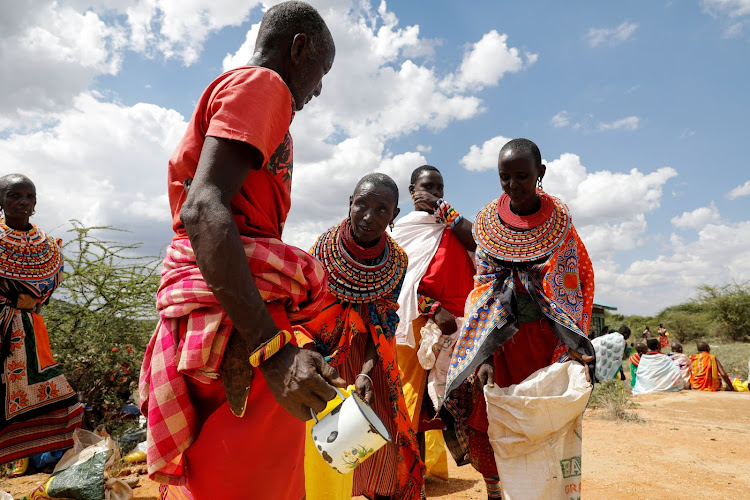 Global Water Partnership East Africa is collaborating with IGAD and the governments of Djibouti, Kenya, Sudan and Uganda through the Integrated Drought Management Programme and the Water, Climate and Development Programme to enhance drought resilience in the region.

The proposed project will build on the existing initiatives and establish new mechanisms to address drought-related challenges in the region.

The funds will be used to develop and enhance a regional drought early warning system, strengthen the capacity of stakeholders to manage drought risks due to climate change effects and enhance knowledge management, awareness creation and information sharing.

Kitui and Samburu are among the 14 counties that have been identified by the government as being at risk of severe drought.

Some 2.4 million people in the affected counties are going to bed without food, a situation that has compelled the government to declare a national disaster.

The government has availed Sh2.4 billion for food intervention activities in October and November.

This amount has been boosted by a further Sh1.5 billion that the President directed during the Mashujaa Day speech.

The executing agency for the new project at the regional level for the project will be the Global Water Partnership Eastern Africa hosted by the Nile Basin Initiative secretariat.

At the country level, the project will be executed by the ministry of environment.

Water pollution, food insecurity, civil conflict over water, food, and pastures, drying up of rivers, streams and aquifers and the general land degradation (vegetation and soil degradation) are major impacts of droughts resulting from climate change.

Conflicts resulting from the displacement of communities by transhumance seeking water and pastures are also a common phenomenon.

Despite such a proportion of land area that is unavailable for crop and livestock farming in Kitui, agriculture remains the backbone of the economy.

The county receives between 500mm and 1050mm of rainfall annually, with an average rainfall of 900mm a year.

“These crops are well adapted to the climatic conditions of Kitui characterised by the hot dry months with high temperatures.

"Crops produced are consumed locally with the surplus being sold to traders from Nairobi and neighbouring towns,” the project brief says.

The brief says farmers in the lowlands keep livestock - mainly cattle, sheep, goats, and chicken - as a means to supplement crop farming as their source of income.

Livestock rearing is the backbone of Samburu county's economy.

The county receives between 200mm and 250mm of rainfall annually.

The rainfall pattern is unpredictable and at times the county receives no rain in a whole year.

The majority of people are nomadic pastoralists who mainly keep cattle, camels, sheep and goats.

These animals are mainly sold to the Kenya Meat Commission as well as traders from Nairobi and other neighbouring towns, especially during droughts.

The project brief says despite the harsh climatic conditions, some Samburu residents have recently started growing crops in an effort to fight starvation and boost food security.

Drought-resistant crops such as millet, sorghum and certain species of maize are grown in areas such as Lpartuk, Poros and Malaso.

“Given such enormous challenges to agricultural crop and livestock production, there is a need to undertake interventions aimed at increasing the resilience of agricultural systems in the proposed project sites in Kenya,” the project brief says.