Kiraitu sidelined the East region, only initiating development projects in the upper side 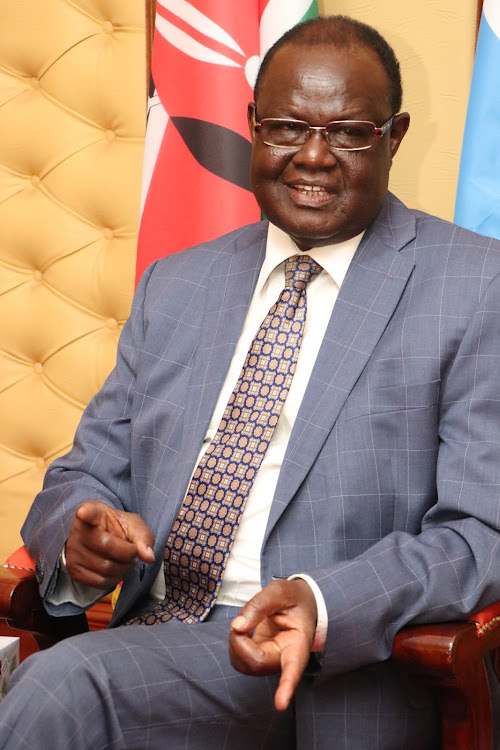 On Saturday, Mbithi, who is vying for Abogeta West MCA seat in 2022 said Kiraitu started egocentric leadership when he was the area MP for two decades.

He accused him of denying to champion developments in equal share and rather practiced divide and rule tactics to remain in power.

Kathuri has been poking holes on Kiraitu’s administration claiming the governor is behind discrediting outbursts and propaganda by Meru chief of staff Gideon Kimathi.

Kimathi, who has endeared himself as electorates saviour has been traversing the constituency with development goodies from his bosses’ administration.

The chief of staff has also been rooting for the split of the constituency into East and West against Kathuri’s wish of Mitunguu and Nkuene split.

Five MCAs of the six in the constituency seem to rally their support behind Kimathi.

“If there are injustices to count on, everyone will reason and agree with me, it was during Kiraitu's 20-year rule.

"How do they deceive and hoodwink residents that Kathuri has sidelined the East while it is evident Kiraitu never bothered to develop this region,” he said.

Mbithi said Kiraitu is not a great leader but a man with a similarity of a hyena in a sheep’s cloth.

“You can’t tell us to elect Kiraitu whereas he only tarmacked roads on the upper side. Unless they don’t want to table facts that Kiraitu is a bad leader.

He said Kimathi is using the same tactics of divide and rule like Kiraitu promising what can’t be fulfilled.

“Kimathi was a councillor and MCA for 10 years in Abogeta East, but there is no development track record associated with him.

"Kimathi was also county council chairman and now chief of staff but I wonder, what has he brought to the Mwananchi in the lower part of the constituency which he claims Kathuri has sidelined to warrant his election as MP?” Mbithi said.