•Political analysts in the county argue that this has made the counties miss a fair share of the national cake in different regimes.

•The residents assert that instead of providing leadership, the leaders confuse them. 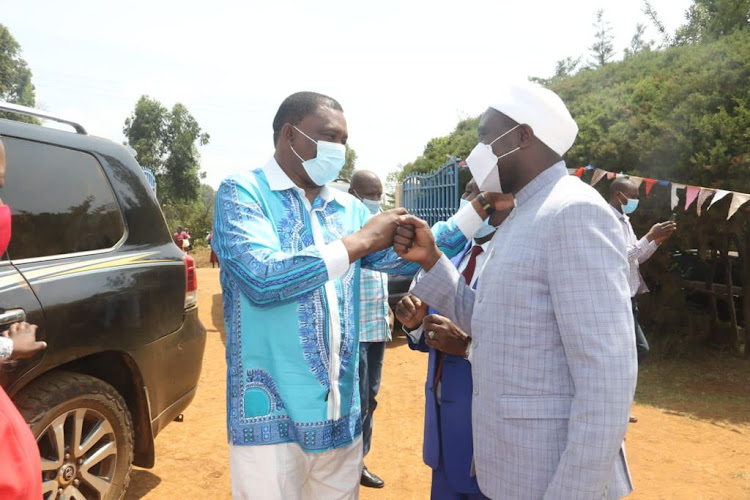 Political analysts in the county argue that this has made the counties miss a fair share of the national cake in different regimes.

They say, for an area to be recognized by any ruling regime, then its leaders must be united and focused.

“If leaders dance to every tune played by any national leader, then the region they purport to represent ends up getting only the icing on the cake,” Pauline Njeri, a political analyst said.

Embu based political advisor Alex Njogu said when elected leaders drum up support for a particular presidential candidate one weekend then proceed to dance to the tune of another aspirant, it is a clear sign of political confusion.

He said such political moves have left the region in a no-trust mood for its leaders.

During the burial of the Kianjokoma brothers, leaders called on residents to support Ruto in the coming elections and also urged them not to forget their heir Speaker Justin Muturi.

They assert that instead of providing leadership, the leaders confuse them.

However, the electorate called upon all presidential candidates holding political tours in the region to be wary of turncoats who have previously expressed their support for DP William Ruto and pledged their allegiance to Muturi.

They said, presidential candidates are believed to be well financially oiled, and these politicians tend to follow them for hand-outs and free political platforms.

They slammed some of the MPs who are double-dealing and confusing residents on whom they should choose for the presidency.

Last week, Embu elders also called for leaders to unite and focus on how the county can benefit from the ruling government and the next regime.