•The patient often dies in less than a week because there is no cure for Rift Valley Fever. Clinicians can only manage the symptoms.

•According to historical accounts, the first case of RVF  death in Kenya was in 1934. 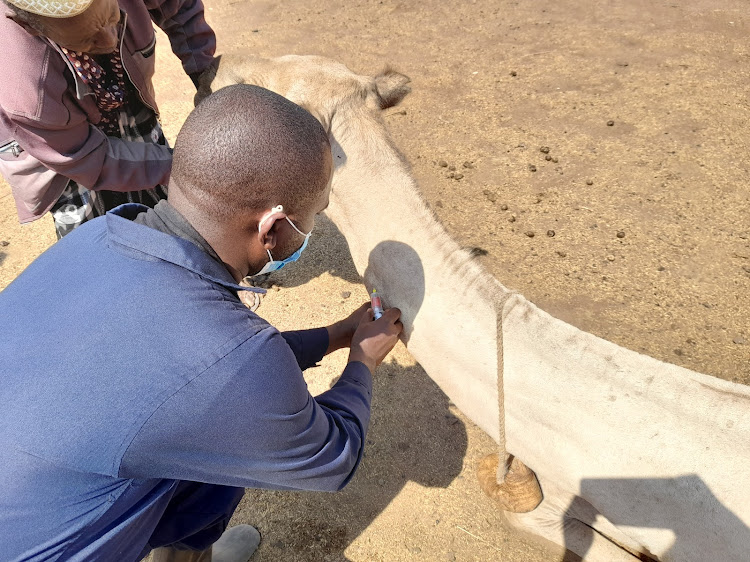 As the Covid-19 pandemic rages, another virus has killed more than 11 people in Isiolo and Mandera counties, data from the World Health Organisation shows.

Rift Valley Fever, an incurable virus that causes abortions and kills livestock, infected more than 30 people, 11 of whom died of massive organ failures.

It causes disease in people when they touch an infected animal during slaughtering, assisting it in delivering or conducting veterinary procedures.

Most people experience mild forms of infection such as fever, headache, and abdominal pain accompanied by diarrhoea.

The severe form of the virus is haemorrhagic, where people vomit blood or pass it in stool, bleeding from the gums and nose.

The patient often dies in less than a week because there is no cure.

Clinicians can only manage the symptoms.

While it is not a new disease, scientists are baffled and alarmed at the frequency of outbreaks in Kenya lately.

It is also moving to newer territories, different from where it is typically.

Then, it was prevalent in the arid areas of Garissa, Mandera, Isiolo and the others.

Murang’a, a colder location, has recorded cases in animals.

Kariuki Njenga, an expert in Rift Valley Fever from Washington State University Global Health Kenya, says there could be a more straightforward explanation for this change.

“This could be due to global warming or people encroaching new habitats where they come into contact with the viruses,” Kariuki said.

According to historical accounts, the first case of RVF  death in Kenya was in 1934.

The disease spread to 38 districts between 2006 and 2007 and the death of people also increased.

The Ministry of Health has since sent veterinarians and researchers to Garbatullah in Isiolo, where the last outbreak occurred.

There could be a more problematic reason for the spread of Rift Valley Fever that the government and the scientific community are focusing on.

The virus that causes Rift Valley Fever could be exchanging genetic elements with other viruses to become easily transmissible, cause harsher symptoms (virulence) and expands the number of hosts it can live in from livestock, humans to mosquitoes.

This process is called reassortment, according to some studies.

A virus encounters another in the human cells. They shuffle the genetic material that makes them able to cause disease and give birth to this whole new virus with the best of both parent viruses.

The public health implication for reassortment is grim and wide.

Dr Francis Alobei, Isiolo health executive in Garbatulla subcounty, told a local daily that the younger health workforce had not experienced the virus in patients, making the response harder.

“It could be out of ignorance from not knowing the virus keenly enough such that when a patient comes to the facility, they would not know to differentiate it from the usual diseases common in the area that present with fever, like Malaria,” he said.

Unlike Rift Valley Fever which has been around, Covid-19 came and training health workers on triage, management of severe cases was a priority.

Scientists like Prof Eric Fèvre noticed that experts who were working on little diseases that do not grab the headline such as covid-19 are refocusing part of their work on Covid-19.

“The result is that while the pandemic response is receiving a welcome boost, the prospect for research into lesser-known diseases of poor people in poor countries is less certain,” wrote Prof Fèvre.

“These diseases, Prof Fèvre said, are an everyday reality for millions of people whose lives are quietly blighted or prematurely ended by diseases transmitted through farming and food systems.”

NIH committed to give Prof Kariuki about Sh8 billion to establish the Center for Research in Emerging Infectious Diseases-East and Central Africa.

CREID-ECA is one of the 11 centres globally funded to carry out research that can help developing worlds respond to deadly pathogens like Rift Valley Fever.

Post a comment
WATCH: The latest videos from the Star
by JOHN MUCHANGI Science Editor
Eastern
10 October 2021 - 22:00
Read The E-Paper