Acacia fruit pods are a favourite delicacy for livestock 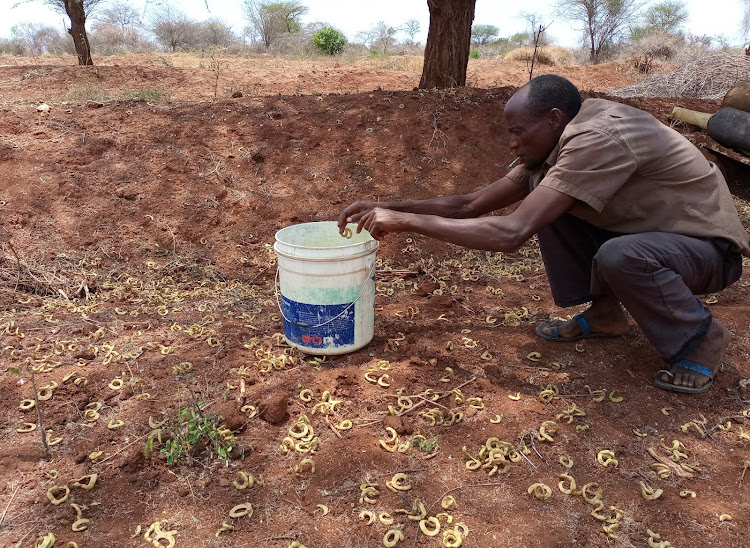 Hunger-stricken families in Kitui have turned to gathering and selling dry wild acacia fruits for survival.

The venture generates income to purchase food as drought and famine ravage the county.

Ordinarily, the acacia tree fruit pods are a favourite delicacy for livestock and come in handy during times of diminished pasture.

However, with the latest development, livestock are poised to starve due to lack of fodder.

Residents are selling a sack of acacia pods, which weighs between 30kg and 40kg at Sh500.

The pods are exported to equally drought-ravaged northeastern regions of Garissa and Wajir, where they are used to feed livestock.

On Sunday, the Kitui county National Drought Management Authority office said the new trend in which hunger-stricken and cash-strapped Kitui residents are selling the acacia fruits meant for local animals will lead to massive death of livestock due to starvation.

“People selling the acacia pods instead of feeding them to livestock will soon leave livestock with nothing to feed on, as pasture has greatly diminished due to the current drought,” Kitui NDMA coordinator Francis Koma said on phone. 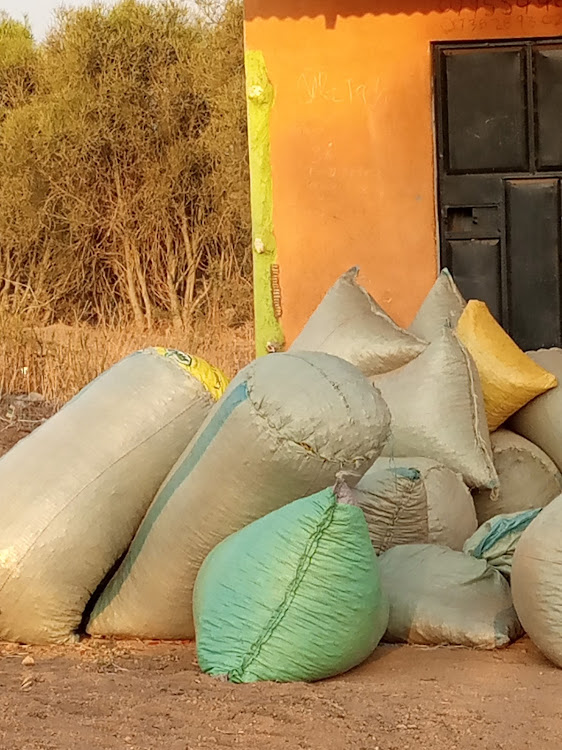 COPING MECHANISM: Sacks of acacia tree fruit pods outside a shop at Kwa-Nguru shopping centre waiting to be shipped to NEP on Sunday.
Image: MUSEMBI NZENGU

Koma, however, said the hungry residents have no option but to sell the acacia fruits to raise money to buy food.

He said the food insecurity situation was becoming dire and there was need for provision of relief food supplies to cushion the hungry population.

“It is however understandable that families have no food. They sell the acacia pods to raise money to buy food as they have exhausted other coping mechanisms,” Koma said.

He added that his department had put in place plans to provide water relief to Kitui residents.

“We have set aside Sh22 million to provide water relief because water is becoming a serious challenge as drought continues ravaging our county.

"We hope other arrangements will be made through the provincial administration and county government to provide relief food to those affected by hunger,” he added.