Says he would not be bullied into joining current parties, promises to announce his own party.

• He warned Mt Kenya MPs to avoid joining parties they don’t have a hand in founding as this will leave them helpless during negotiations of party benefits.

•Speaker also called on leaders from Mt Kenya to unite and support his presidential bid in next year’s general elections. 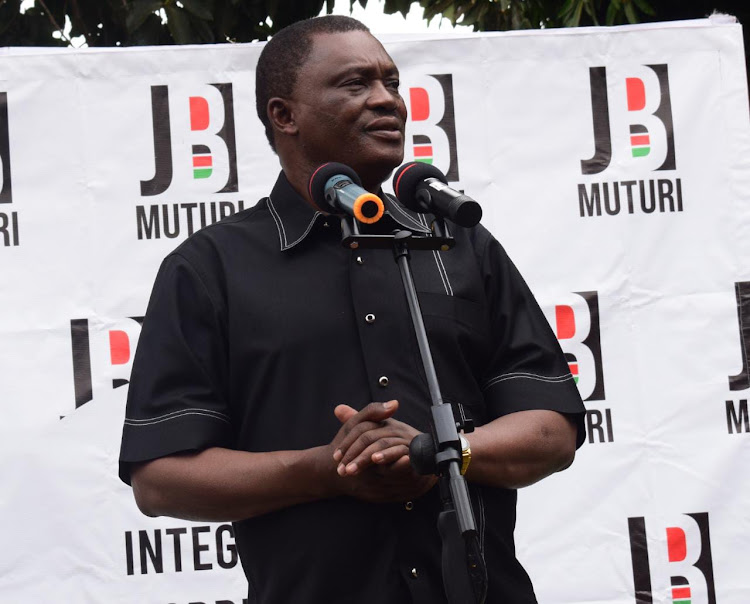 National Assembly Speaker Justin Muturi has told off Mt Kenya East MPs who are pushing him to join their political parties.

Most MPs in the region are affiliated to Deputy President William Ruto's UDA party.

Some are known to have been sending emissaries to Muturi to join UDA and become Ruto's running mate.

The Speaker, who has announced order, integrity and prosperity has his driving forces towards changing the country for the better, said he will not be bullied into joining any party but will instead come up with his own political party.

Muturi spoke in his home in Kanyuambora on Friday when he hosted leaders and aspirants from Mt Kenya East.

He warned Mt Kenya MPs to avoid joining parties they don’t have a hand in founding as this will leave them helpless during negotiations for party benefits.

“Some Members of Parliament have been calling on me to join certain parties which I don’t know the bases and I will not do that. I will not join parties which when it comes to responsibilities allocation they consider their inner circles only,” he said.

He said he has experience in Kenyan politics and can only advise them instead.

The Speaker also called for leaders from Mt Kenya to unite and support his presidential bid in next year’s general election.

He affirmed that Kenyans should be allowed to make their ultimate decision without intimidation.

“We don’t want to hear stories of our leaders facing intimidation simply because of their decisions. We have seen several leaders being harrased by government institutions due to their political decisions. I call upon our leaders to stand firm,” Muturi said.

He said there’s a need for everyone seeking leadership in the country to be scrutinised so Kenyans can avoid electing corrupt leaders.

He said everyone should be unmasked for Kenyans to know them and explain to Kenyans why they didn’t help them for the years they have been in leadership.

Muturi also said he will not be swayed by anyone in his presidential race and promised to announce his Mt Kenya East-based political party.

He said that he will go to all parts of the country seeking support and making friends with like-minded Kenyans in pursuit of the State House job. 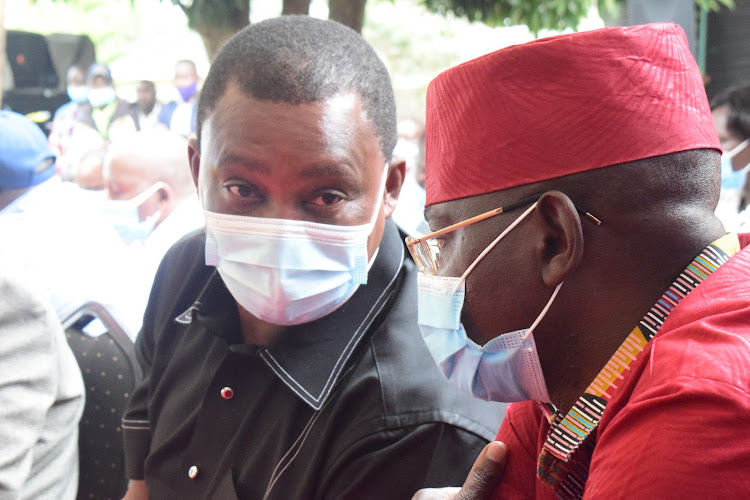 HEADS TOGETHER: Speaker Justin Muturi and Mbeere North MP Muriuki Njagagua during a meeting at his home in Kanyuambora, Embu, on Friday, September 10,2021
Image: BENJAMIN NYAGAH

“We united and elected Jomo Kenyatta, Mwai Kibaki and Uhuru Kenyatta thus I don’t see any reason why the people of Mt Kenya and the rest of the country cannot unite and elect Justin Muturi,” he added.

Njagagua said the Speaker has all the qualities to be the next president.

“There is freedom of movement and therefore I request JB Muturi to go all over the country to seek support of Kenyans,” he said

Thiriku parried graft allegations by aspirants and called for freedom of choice among Kenyans.