Get deep into elective posts and mentor others — Muturi

•Muturi was speaking during the Embu county professionals development association meeting at the University of Embu on Saturday. 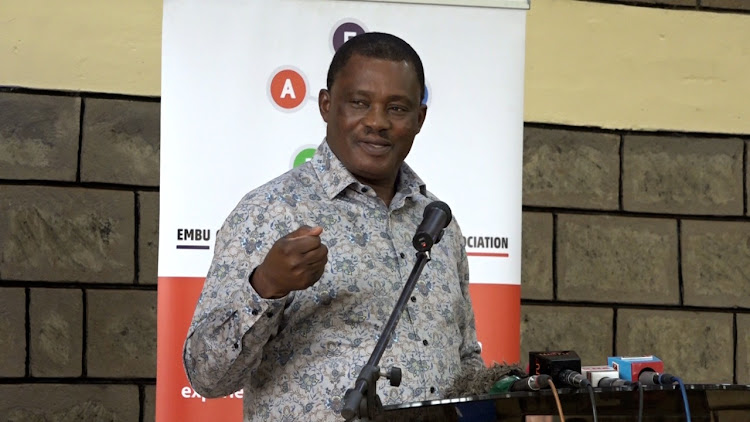 National Assembly Speaker Justin Muturi has urged women to venture more into elective politics and not to rely on seat donations through the two-third gender rule.

Muturi was speaking during the Embu county professionals development association meeting at the University of Embu on Saturday.

The speaker said that women should get deep into elective leadership and mentor others to join in.

He said that women who are once nominated to parliament or county assembly should next contest in elections and not be nominated again.

“You should not be contented with these donations of two-third gender rule. You should not wait until you’re given this chance and in five years you cannot fight to get deep in leadership just go home,” Muturi said.

Muturi said that the association, whose mission is to give a platform for professionals to give back to the community, should encourage the members to continue giving more to develop the county.

“You are the product of Embu and wherever you go you’ll come back here and therefore you should think of what you can do to your county without asking for payment,” Muturi said.

“You should inspire the young ones and encourage them to join the association and associate themselves with development in their county.”

The association made up of Embu county-based professionals’ boasts of big achievement in education, which has improved since they first rendered a hand on the sector.

This is believed to be a fruit of the association motivation and mentorship programme which started in 2018. 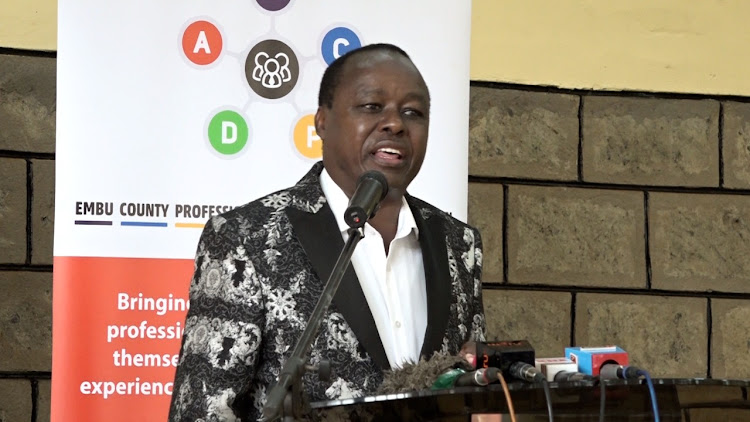 The speaker encouraged the association to contribute more to the goodwill of the county.

He said that the development of the county cannot be done unless everyone is responsible.

He urged the professionals to be responsible in who they offer leadership in the association and in government offices to ensure an efficient working country.

“I congratulate you for what you are doing and encourage you to do more because it involves all the aspects of development,”  Muturi said.

Muturi also requested the association's support in his presidential aspiration in the next year’s general elections.

On his part, Kivuti said that the Mt Kenya East leadership has decided to back the speaker to the State House in 2022.

“We met as Mt Kenya East leaders and decided to appoint him as flag bearer,” he said

“He has the ability to bring whatever we will ask him as the Mt Kenya East and that is why we vowed to support him in his presidential bid.”