• The shop attendant collapsed with grief on Wednesday as reporters, administrators and leaders took her to her new house.

• Mbura was unable to talk and her grandmother Zippora Syombua spoke to the press as she sobbed. 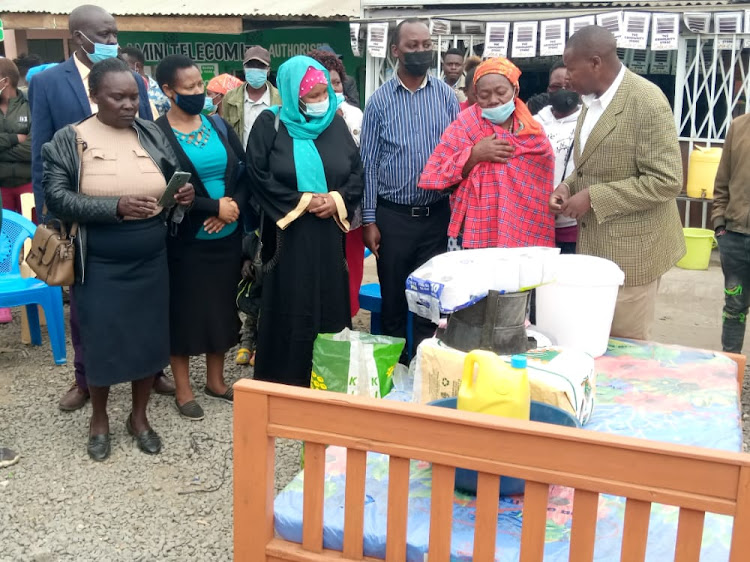 A woman who lost two children in a fire incident in Machakos on Friday last week has been built a new home by well-wishers.

The children died in her rented mabati home in Kyumbi town along Nairobi–Mombasa highway.

The shop attendant collapsed with grief on Wednesday as reporters, administrators and leaders took her to her new house.

Mbura was unable to talk and her grandmother Zippora Syombua spoke to the press as she sobbed.

Police said the children died in the fire at around 5.30pm on July 9. The property's caretaker Ruth Mutheu reported the matter to Kyumbi police station.

Matheka died on the spot while Musyoka succumbed to his injuries at Machakos Level 5 Hospital where he was rushed by neighbours. Nothing was salvaged from the house.

Police said the mother had locked the door, making it impossible for the neighbours to quickly rescue the children.

The bodies were moved to Machakos Level 5 Hospital mortuary.

Omar said the cause of the fire had not been established.

She warned residents against speculating about the cause of the fire. Authorities should be allowed to investigate the incident to determine what caused the fire, she said.

“It’s sad to lose two little children to such incidents. We call on parents to be more careful and protect their children, especially this time that schools are closing,” Omar said.

The administrator gave donations of basic items to the woman.

Omar cautioned parents against leaving their children inside their houses unattended.

She said no child should be left locked inside a house by either parents or guardians.

“If you have a little child, tell your neighbour to look after him for you. But if there is no one to take care of your children, go with them wherever you are going. Don’t leave them in the houses with doors closed,” Omar said.

Syombua mourned the loss of her grandchildren.

“I received a phone call last Friday but when I went to the house, I found there was no house, no children. We don’t know where the fire came from,” she said.