•The NICHE programme will improve the nutritional status of children in the country who are aged below two years and is being implemented in five counties.

•They include Marsabit, West Pokot, Kitui, Turkana and Kilifi and is aimed at reaching 23,500 households within a period of five years. 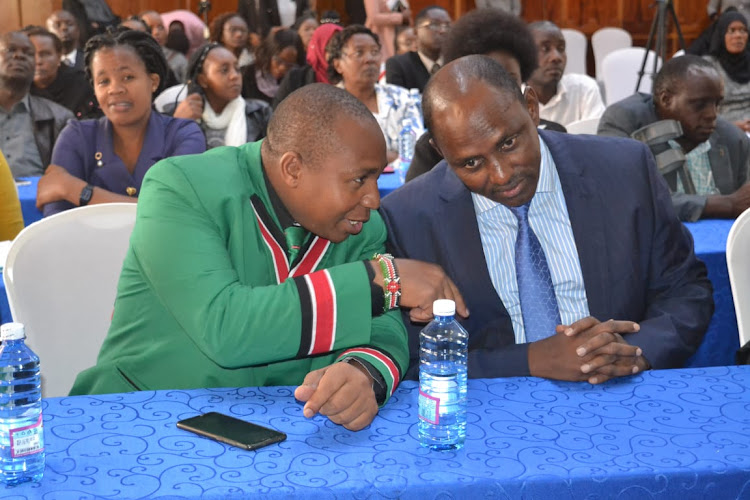 About 12,000 families in Marsabit, West Pokot, Kitui, Turkana and Kilifi will benefit from Sh26.3 million to boost nutrition.

The government aims to reach 23,500 households over five years with the Nutritional Improvement through Cash and Health Education programme.

The initiative by the Social Protection targets undernourished children below two years old.

The five counties were selected based on their high rates of deprivation and child malnutrition.

The programme supplements the Inua Jamii scheme for vulnerable populations.

It offers guardians of malnourished children additional funds and nutrition monitoring in the family.

Pregnant and lactating mothers who are already enrolled in the Inua Jamii programme are also to benefit.

The programme is part of the UK-funded component of the World Bank’s Kenya Social and Economic Inclusion Project.

Labour CS Simon Chelugui told the Senate Committee on National Cohesion his ministry is making every effort to ensure children are protected.

“The National Council for Children’s Services which has state and independent actors from the broader area of children protection is charged with policy formulation and plays a supervisory role in the sector,” he said.

“The Directorate of Social Assistance to coordinate and implement Inua Jamii programmes which benefit over one million households in Kenya, of which 353,000 are of orphans and vulnerable children, aimed at empowering vulnerable households to care for and protect children.”

The Labour and the Health ministries, the National Drought Management Authority and the five counties signed an MoU in April for the scheme.

Beneficiaries will be counselled on nutrition and health via an existing network of community health volunteers.

The volunteers will educate them on the importance of exclusive breastfeeding for children under six months old, maternal nutrition and vitamin supplementation.

In Kilifi, the programme focuses on child protection as well as providing parenting sessions to prevent violence at home and training for parents who are fostering children.

A pilot for the NICHE programme was first implemented in Kitui.

The county and national governments, the EU and Unicef collaborated in the pilot between March 2017 and June 2018.

An analysis showed improved rates of exclusive breastfeeding, the quality of children’s and mothers’ diets, and reduction in the prevalence of childhood illnesses like diarrhoea.