PWDs in Machakos want to be included in board formations, procurement services

Said that they are often left out in procurement activities.

• Mwaniki said that in every formation of boards and committees, special interest groups should be included. 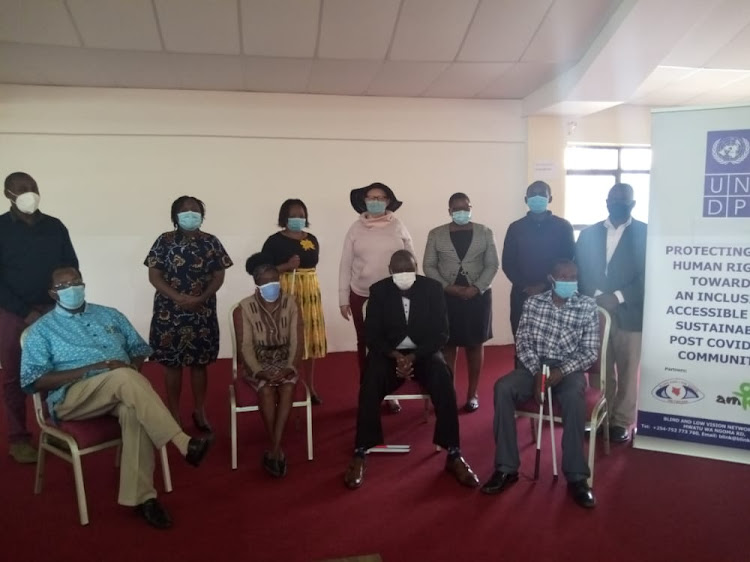 People living with disabilities in Machakos have appealed to the government to be included in governance and in procurement services for purposes of inclusivity.

Speaking in Machakos on Wednesday, the chairman of Blind and Low Vision Network, BLINK Kennedy Siocha said they have been left out and are not included in boards and committees.

Siocha argued that they should be informed during procurement activities so that their people can apply and give out their issues.

“It is important for the national government and the county governments to ensure that our people are included in procurement provision of services and in governance especially being included in boards and committees as per the constitution of Kenya 2010”, he said.

Machakos County Civil Society Network chairman John Mwaniki said that several in-laws in the constitution require that in every formation of boards and committees special interest groups should be included.

“We would like for pour leaders to ask themselves if in their boards there is anyone who represents the PWDs because in many organisations and boards we have been left out”, said Mwaniki.

Mwaniki urged leaders to give PWDs a chance to select and appoint whomever they would want to be their representative instead of doing a random selection.

He said that this will give complete and accurate feedback during the meetings.