His father named him Sheria Musyoka after the former VP Kalonzo who is a close family friend.

•The deceased Sheria Musyoka’s sisters wept and fainted as they eulogized him.

•The American wife of the late Sheria cremated his body in USA days after his death. 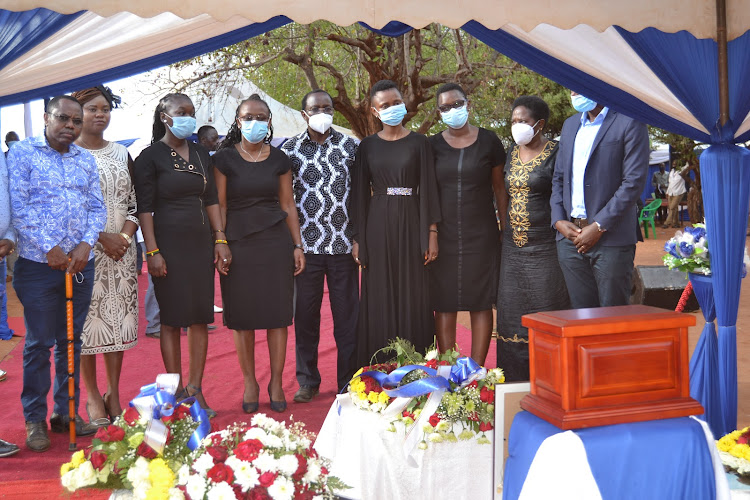 CONSOLATION Former Vice President Kalonzo Musyoka poses for a phot with sisters of the late Sheria Musyoka during his burial at Maai village in Mwingi central Kitui County on Saturday.
Image: By Musembi Nzengu

It was a tearful event as sisters of the late Sheria Musyoka whose ashes were in a box wept uncontrollably.

Some of the sisters fainted as they eulogised their brother.

The 26-year-old Sheria died in US on February 4 after he was knocked down by a speeding car and his body was cremated.

Kalonzo said he was overwhelmed by grief since he had a deep attachment to the family.

“When the deceased was born, because I was a lawyer and a close friend of the family, the father named him Sheria (law) in my honour. I was therefore shocked and saddened when in early February the father called to inform me about his death,” Kalonzo said. 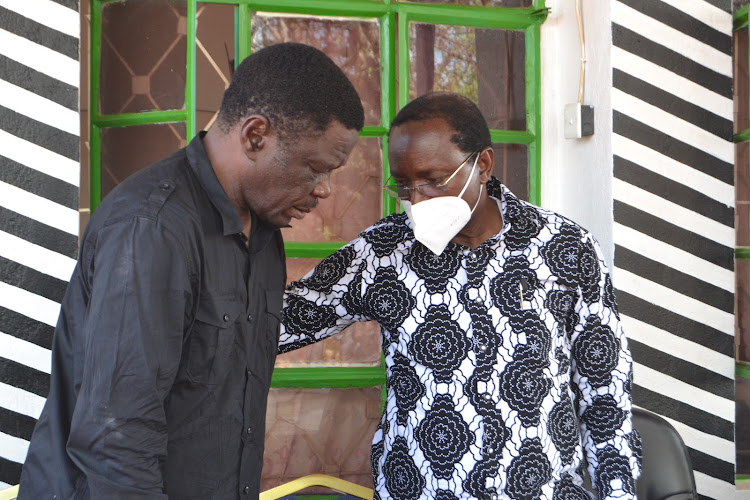 He addressed mourners at wa Nzili’s home at Maai village in Nguni ward, Mwingi Central, in Kitui where Sheria’s ashes contained in a miniature wooden box were interred. The ceremony was presided over by Rev Peter Kimbu.

Kalonzo urged the bereaved family and the mourners to accept the wish of the late Sheria to be cremated after death and stop wondering why his body was not brought home intact for burial. That way, he said, they would bring the matter to closure.

“We are lucky that we have  Sheria’s  ashes to bury unlike  the families  of  the people who were in the  Titanic that sunk in the ocean with all  of them being buried in there. I tell the  family  to stop mourning and have closure,” Kalonzo said. 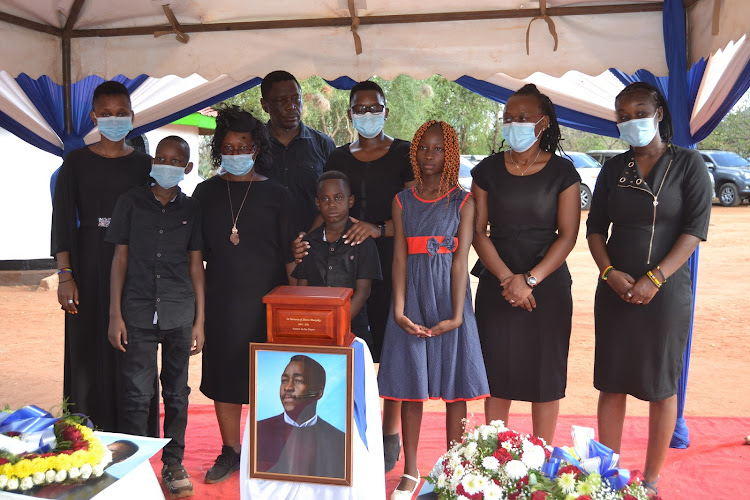 MOURNING: The family of the late Sheria Musyoka pose for a photograph before the small box containing his ashes on Saturday.
Image: MUSEMBI NZENGU

The chairman of the funeral organising committee and former Kitui Senator  David Musila told the mourners that the American wife of the late  Sheria, Hannah Ege, organised his cremation days after he died.

He said Sheria who settled in San Francisco in the state of California in the US had a mutual agreement with his wife that should he die he should be cremated. He said although burying ashes was unheard of in the area it was in line with the wish of the deceased.