Researchers fear aflatoxin could be behind rising cancer cases in county 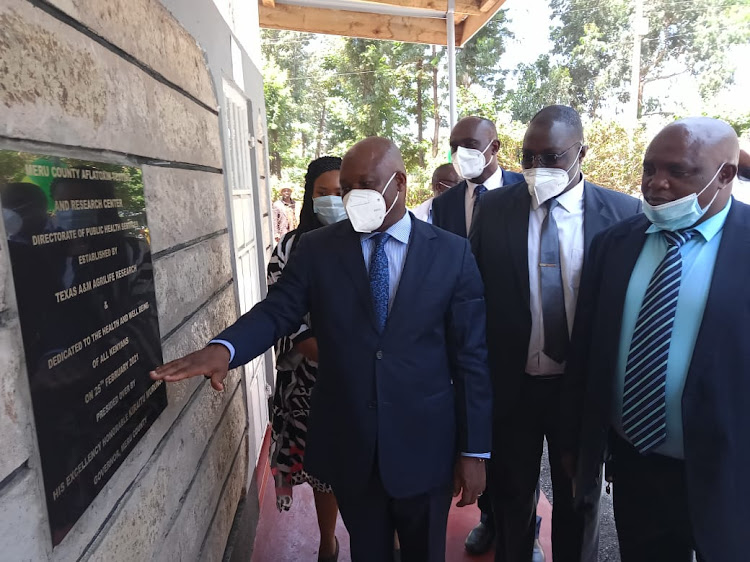 The Meru county government has launched an aflatoxin testing laboratory at Kinoru dispensary to tame poisoning which is feared to be one of the causes of increased cancer cases in the region.

The move comes after health officers and researchers in Meru raised concern saying most acute and chronic diseases including cancer are caused by consumption of aflatoxin-contaminated maize, ground nuts, tree nuts and rice.

A study conducted in Meru by Texas A & M AgriLife Research in 2016 revealed that Aflatoxin–contaminated goods as a health risk in various regions of Meru county.

The institution's programme coordinator Anne Muiruri encouraged traders, farmers and other cereals entities to take advantage of the lab services.

“Private and public sector labs at food and feed processing establishments may utilise the lab to validate the accuracy of their own results. The creation of this lab and commitment to quality will not only mitigate a pervasive public health risk, it will also strengthen Kenyan economy by improving food safety and security as aflatoxin risk management model for other counties and countries,” Muiruri said in a statement read on behalf of the institution's director Tim Herman.

“We collected 650 samples in the nine subcounties and we realised Meru has a big problem as cases of aflatoxin were widely identified,” Muiruri said.

Buuri subcounty, Imenti South topped the list where farmer’s produce was most affected by aflatoxin.

To control this, the county has partnered with Texas A & M AgriLife Research organisation to provide testing services that will ensure food safety and quality.

The lab will provide testing services to value chain actors who include farmers, traders, millers, among other stakeholders along the grains and pulses value chain so that they can ascertain and be assured of the quality of the grains they handle.

The laboratory will test all mycotoxins that exist in grains and other foods.

Speaking during the launch, Meru county secretary Rufus Miriti said the county has signed a five-year deal with the research organisation. He said to ensure safety of food products,  they has assigned three quality control officers who will man the laboratory.

Miriti said the laboratory will reduce deaths related to consumption of aflatoxin contaminated foods, noting that the idea to set up the laboratory was brought about by a report in 2016-2017 that revealed that Meru county had worrying numbers of cancer cases.

“We have a lab that will test samples collected during our surveillance in the field. We are what we eat and we need to prevent diseases in every sub-county because prevention is better than cure,” Inanga said.

He cited a school in Meru where the public health officers had to order disposal of 60 bags of contaminated food. He said the spike of cancer cases in Meru could be as a result of food and water consumed by people in the region.

"Public health officers will also be sensitising residents on how to prevent various diseases especially in the food they consume," he said.

Inanga said residents will be charged a subsidised fee to test their food in the lab. However, he added that the fee would be legally and fairly formulated by the County Assembly.

Dr James Kirimi, the Chief Officer for Health said children were the most endangered by aflatoxin saying it leads to stunted growth.