• Farmers who don't go to KPCU have only themselves to blame for low income, Munya said. When unions milled coffee, quality went down and losses increased - probably deliberately.

• "It’s like a goat is slaughtered and the brokers eat all the meat and the farmer is only left with bones,” Munya said. Agriculture CS Peter Munya has urged farmers to take their coffee to New KPCU where the government will enforce new regulations to benefit them.

“If they take it anywhere else, they should not blame the government if their coffee is stolen by brokers,” he said.

Munya said brokers who have penetrated the coffee industry embezzle funds and make the farmers poor.

“It’s like a goat is slaughtered and the brokers eat all the meat and the farmer is only left with bones,” Munya said.

He spoke in Meru where he held several public participation sessions  for coffee farmers.

He said New KPCU has minimal milling losses compared to coffee unions that were there before.

“When union was milling, the average loss was about 24 per cent but now it has gone down to 17 percent and that means that there was some inflated figure of about six percent,” Munya said. 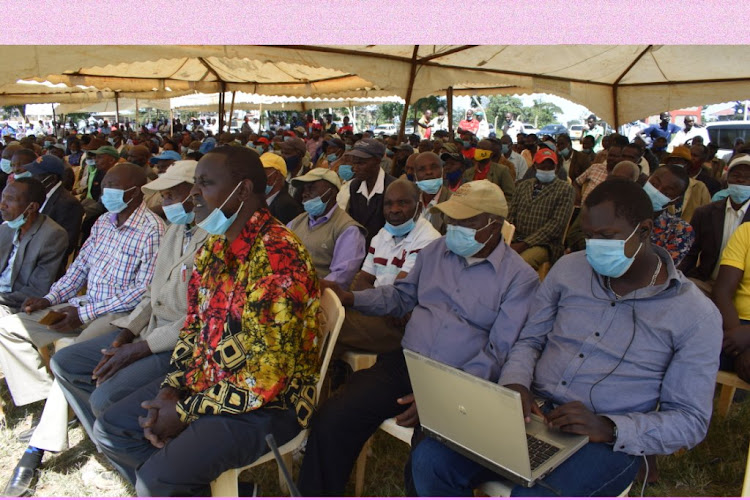 The CS said that the new Coffee Bill will seal such loopholes so the farmer can get returns.

On the Cherry Advanced Fund, he said farmers will get loans at three per cent without any security, provided they deliver coffee to factories.

“Farmers just need to fill forms and take to their societies so it can be signed by managers,” Munya said.

He said some managers who were colluding with cartels to steal from farmers are refusing to sign the forms.

“If they refuse to sign in two weeks I will dissolve [the societies] and the farmers will elect new people,” he said.

The CS said the coffee factories under the new KPCU will also be equipped with new milling technology and have security including CCTV to prevent coffee from being stolen.

He said the new Coffee Bill will see the return of Coffee Board of Kenya, the Coffee Research Foundation and streamlining of Nairobi Coffee Exchange.