Say past and current leaders have taken too long to solve the disputes.

• They have invited Governor Matin Wambora, county commissioner Abdullahi Galgalo, Senator Njeru Ndwiga and all MPs to the March 12 meeting in Embu town.

• They want leaders to come together to find a solution to the 50-year-old land dispute. 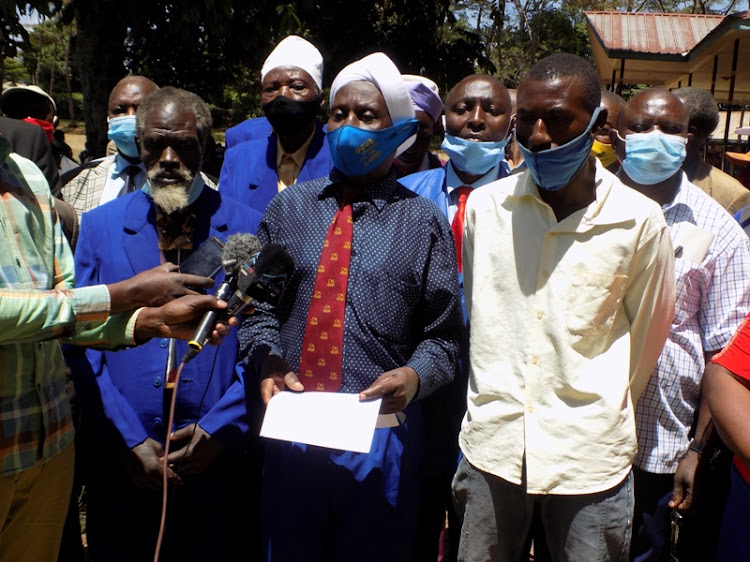 Embu residents who claim land in the disputed Mwea settlement scheme have called a meeting with local leaders to hasten the resolution of ownership.

They have invited Governor Matin Wambora, county commissioner Abdullahi Galgalo, Senator Njeru Ndwiga and all MPs to the March 12 meeting in Embu town.

They want leaders to come together to find a solution to the 50-year-old land dispute.

Residents have been waiting for resolution, subdivision, and issuance of title deeds in the 44,000 acres Mwea settlement scheme. Another 72,000 acres are under adjudication in Wachoro, Riakanau, Makima and Karaba.

Embu Mwea Peace Makers Forum chaired by Nyangi Ndiiriri Council of Elders said they have realised that the dispute over the two areas might not be resolved soon hence decided to organise the meeting.

The residents said that most of the people who were originally claiming ownership of the land in the two areas have died. Their children have been pursuing the issue in vain.

Nyangi Ndiiriri Council of Elders chairman Andrew Ireri said the problem in the adjudication sections was created by government officers who over the years allocated each piece of land to different people at a fee using the agricultural law. The law required one to develop the land for six months or it would be allocated to another person.

He said the disputing parties live under tension and occasional fights and that many other people with allotment letters were ejected out of the land by others.

Ireri said people settled in the Mwea settlement scheme from different areas. An attempt to solve the dispute was made in 2016 before it was distributed into 1,732 parcels.

The resettlement was suspended after clashes sparked by people claiming to have been left out, resulting in the death of one person and the maiming of nine others.

Ireri urged the leaders to attend the meeting so that a permanent solution to the issue can be found.

Nicolas Nyamu, 73, said his father Gachurie Kiune was allocated 10 acres in the Wachoro area on October 4, 1979, but were evicted. Despite reporting to Kiritiri police station and other relevant offices his father never got it back.

Antony, another victim, said they live at Kamuthanga slums in congested shanties in Kirinyaga county after they were evicted from their land in 1980. He said several commissions of inquiries and task forces have been unable to solve the land issue, leaving disputing parties in a permanent stand-off.

The council said it has written a letter to President Uhuru Kenyatta to intervene in the disputes before the end of his final term.