Just when they were hopeful of a good harvest, the locusts have descended to devour their crops

• 'Just when the rains have resumed and we are hopeful we will harvest something, locusts have invaded our farms again,' a small-scale farmer said.

• The second wave of locusts hit Kitui two weeks ago when it was arrived in Kitui South. 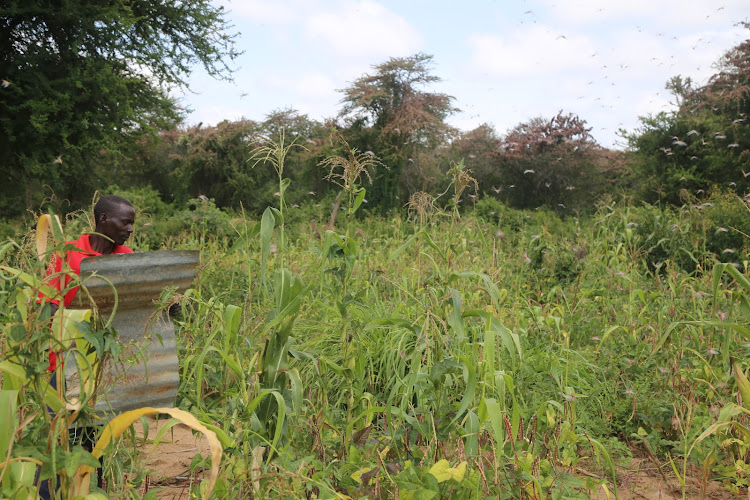 As another wave of desert locusts looms over East Africa, Kitui farmers are facing the destruction of yet another harvest.

Large swarms of desert locusts have been witnessed in different parts of Kitui. The second wave hit Kitui two weeks ago when it arrived in Kitui South.

Kenyan and UN officials have said the worst of the latest Kenyan invasion appears to have peaked but surveillance and spraying are still underway.

Everyone had go stop what they were doing to chase the insects from their farms. They chased the insects overnight but were unable to stop the damage.

Julianne pleaded with the government to act quickly as they are only using sticks, pots and pans to shoo away the desert insects. If locusts continue to devour their crops, they will have nothing to eat by March, she said.

“Just when the rains have resumed and we are hopeful we will harvest something, the locusts have invaded our farms again," the small-scale farmer said.

Mutia Ndunga said locusts have devoured almost three-quarters of his crops. He planted seven acres with sorghum, millet and green grams. He expected to harvest 20 bags of green grams but said he may only harvest two bags.

Residents have denounced what they call the government's slow response to the locust invasion in counties that often suffer drought and famine.

“We only depend on farming to educate our children, among other activities. How will we survive once these insects destroy all our crops?” Mutia asked. 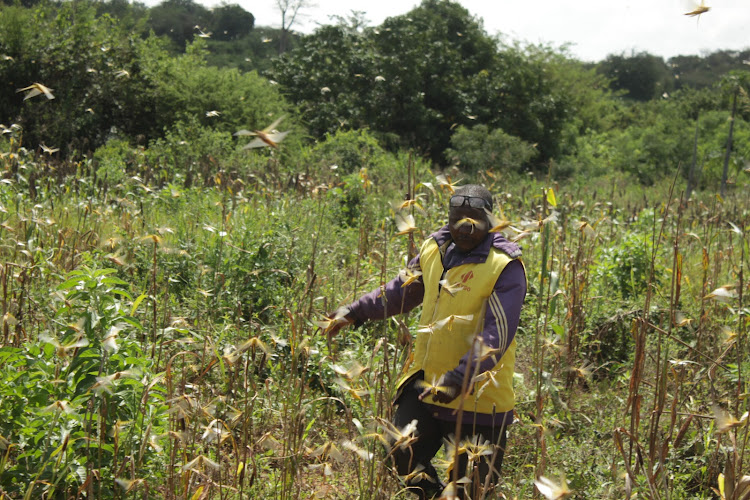