They promised to mobilise Meru people to support the document

• Dawood said he was impressed by the proposal to increase constituencies as this means more NG-CDF funds and more people will get jobs. 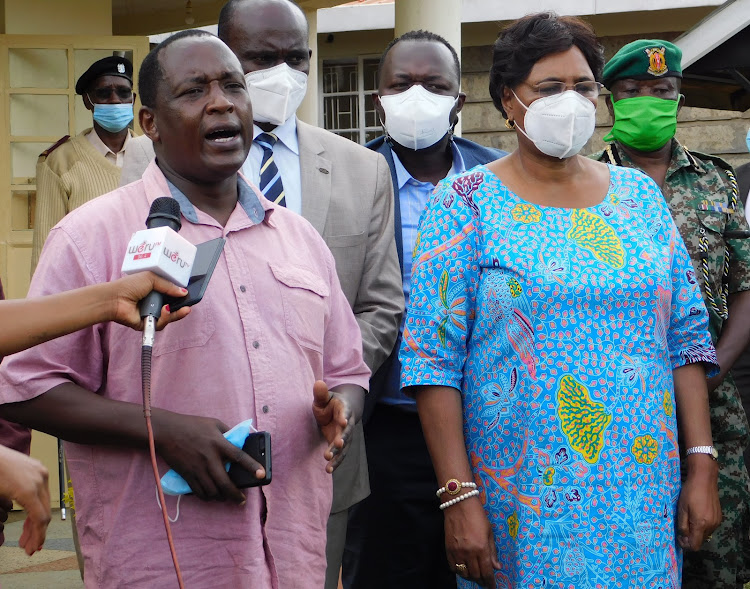 Dawood said he was impressed by the proposal to increase constituencies as this means more NG-CDF funds and more people will get jobs.

“I support BBI for several reasons, including women's inclusivity and the addition of two more constituencies in Meru,” Dawood said.

Public Service CS Margaret Kobia said the President is planning to bring together Agriculture CS Peter Munya, Meru MPs and the MCAs to sensitise residents on the BBI.

“We shall plan with CS Munya, MPs and MCAs for residents to understand the importance of the documents. I know we will all support the President’s agenda,” Kobia said.

She spoke during an inspection tour of road projects and issuance of Women Enterprise Fund.

“When you go back to Nairobi tell the President we will rally behind him because we have seen development projects in Central Imenti. Our people love him, and he should visit Meru and lay the foundation stone for Mariene University,” he said.