Kiraitu to shut down county operations if funds delayed further

The Treasury has often blamed cash flow challenges on under-collection of revenue by the taxman, a situation worsened by the Covid-19 crisis.

• Meru government has depended on bank loans to pay employees after the National Treasury delayed to release funds.

• The county is cash-strapped and service delivery is at stake in the midst of the war on Covid-19. 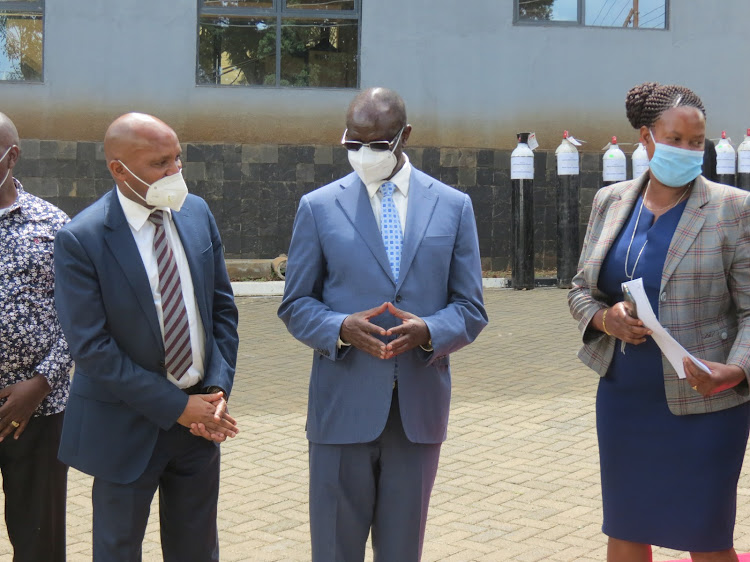 Meru Governor Kiraitu Murungi is ready to shut down county government services to compel the National Treasury to release Sh94.7 billion to the devolved units.

Kiraitu said on Wednesday his administration is broke after the Treasury failed to disburse funds for four consecutive months, hindering service delivery at a time when the country is fighting Covid-19.

“The national government should be willing to disburse funds because it has received a six months debt repayment break from the Paris Club of major economies (G20).

"Council of Governors chairman Wycliffe Oparanya said if money won’t be released soon enough, we will shut down the county governments. This is our government and if it is the one giving us problems we have to say so without fear,” Kiraitu said.

The Treasury has often blamed cash flow challenges on under-collection of revenue by the taxman, a situation worsened by the Covid-19 crisis that has hit all sectors of the economy.

This is not the first time the governors are threatening to shut down services following delayed disbursement of cash by the Treasury. In September last year, the county bosses shut down crucial services over prolonged delays.

Kiraitu said counties are between a rock and a hard place, following the financial strain devolved units are undergoing since October. He spoke at the county headquarters as he released bursary (retention enhancement) cheques worth Sh141.9 million to benefit more than 43,000 students.

He said his administration has disbursed more than Sh432 million bursary cash in the last three years to 141,981 learners.

Deputy Governor Titus Ntuchiu said devolution is under threat and is frustrated, adding that even banks are tired of their borrowing.

"We have been borrowing money from banks to pay our employees and we might do the same this month. The bursaries we are issuing today were processed last year in March but could not be released when Covid-19 struck and children were sent home,” Ntuchiu said.

Education executive Linner Nkirote expressed her department's commitment to improving the learning environment, saying that besides bursary distribution, the construction of over 369 ECDE centres will be completed by the end this financial year.