• Njuki says Tharaka Nithi has been affected by inferiority complex and retrogressive politics.

• He told his opponents to concentrate on fulfilling their promises to wananchi. 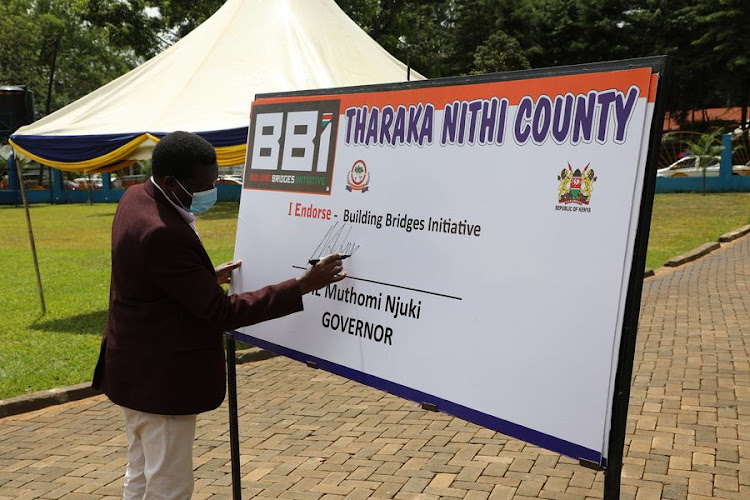 He will be getting residents' views and understanding their plight so he can initiate projects that transform their lives. The county chief has toured several wards talking to residents and initiating development projects.

"Touring villages is giving us the truth on the ground. We are coming to your village to fast-track development and get your views.

"All needs are catered for, including artificial insemination, roads, hospitals, lack of drugs and employment, as we are now a mobile office dubbed Office Mashinani kwa Wananchi,” Njuki told Muthiru residents as he inspected stalled projects.

He warned his opponents against retrogressive politics, telling them to focus on fulfilling their promises to mwananchi. Njuki said Tharaka Nithi is the only county where politicians incite locals against their leaders.

He said he is prepared to face his opponents and expressed confidence that his development track record will speak for itself so that he gets reelected.

"Tharaka Nithi has been affected by inferiority complex and retrogressive politics where there is competition on who will dethrone the other.

"Tharaka Nithi politicians have a tendency of playing politics day in day out for five years. Tone down. We have many months to go to next elections,” Njuki said.

He said he is not against anyone vying against him but they should give the elected leaders amicable time to initiate development projects so residents can decide based on their record.