• Alhaji Mwendia, a perceived surrogate of the governor, claimed that Tigania votes are inconsequential to Kiraitu’s re-election in 2022.

• But Mpuru said the utterances were a ploy to pit Imenti people against the Nyambene. 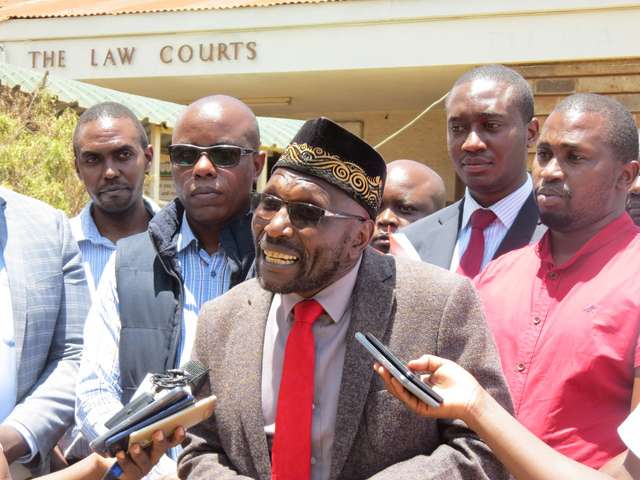 EALA lawmaker Mpuru Aburi has said an ally of Governor Kiraitu Murungi should record a statement with the cohesion commission for his inciteful remarks.

Alhaji Mwendia, a perceived surrogate of the governor, claimed that Tigania votes are inconsequential to Kiraitu’s reelection in 2022.

But Mpuru said the utterances were a ploy to pit Imenti people against the Nyambene.

“He [the governor] is known for using and dumping. I was his main campaigner and he cannot wish away the 13,000 votes from Tigania East. Such divisive politics is detrimental,” the MP said.

Mwendia had said the Nyambene region gave Kiraitu only 70,000 votes in 2017 meaning his main challenger and incumbent Peter Munya could have won against him by only 12,000 votes. Munya is currently the Agriculture Cabinet secretary.

“I want to send Kinyua Turibu, the Muthara Ward MCA where Munya comes from, to tell Munya to rest and forget vying against Kiraitu,” Mwendia said.

“I assure you even after Imenti leaves the seat in 2027, it will not go to Tigania but Igembe. You no longer have any impact. The seat will rotate because you destroyed your chance.”

Karithi said he had spoken to the governor to discipline Mwendia.

“He talks as if he is the governor or he single-handedly sought the governor’s votes, which is not the correct position,” Karithi said.