Stop jumbos from invading our farms or we kill them, Kitui farmers tell KWS 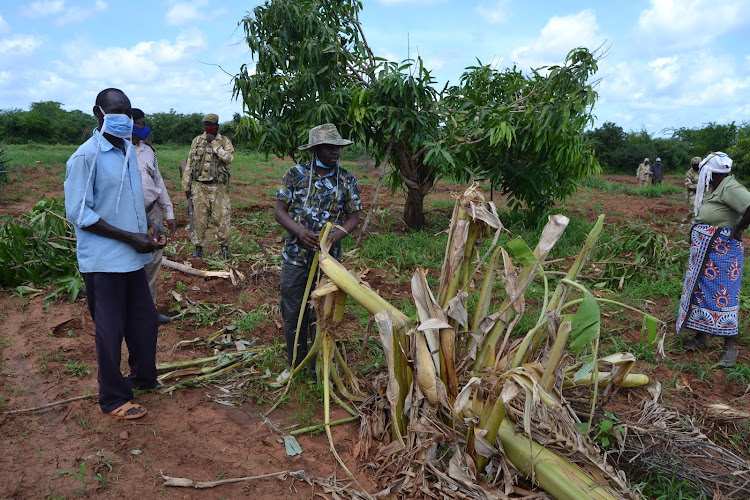 Residents of Kitui South living along the border with the Tsavo East National Park have threatened to kill elephants that stray into their farms, destroying crops.

About 40 jumbos strayed into Kanziku and Simisi villages last week and destroyed crops in farms.

The farmers have asked Kenya Wildlife Service to drive the animals back to the park or they are killed.

“Some of us are reformed hunters who used to kill elephants for their tusks. We have since abandoned poaching after realising it is not beneficial to us. But we now say enough is enough and KWS should drive out the Jumbos from our farms or we will take the law into our hands,” Nzoka Walua said.

Kanziku and Simisi areas have borne the brunt of the destruction by the mammals whenever they stray out of the park.

Residents say they have had enough of the invasions and have threatened to kill any jumbos that stray.

Walua spoke on Friday at a meeting called to deliberate ways to handle the menace at Kituvwi trading centre in Simisi location.

He said the only way KWS could thaw its relationship with residents was to immediately drive the elephants back to the park. 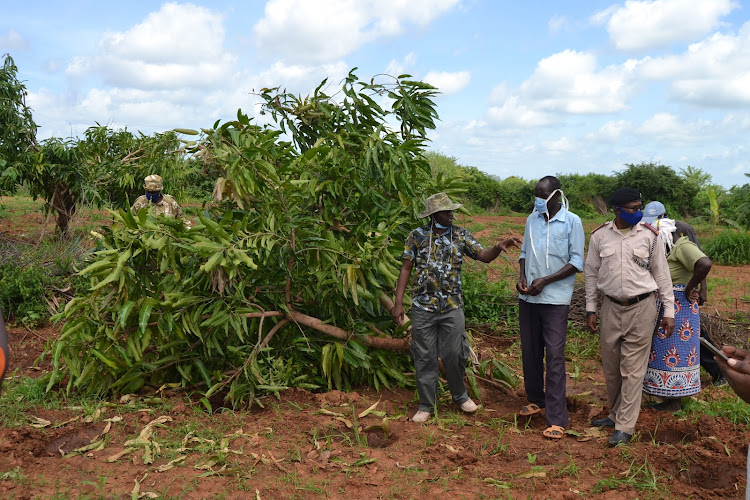 Purity Kyalo said many residents were staring at starvation after the jumbos destroyed immature crops in the farms.

“We are law-abiding citizens but it has reached a point where we have said enough is enough. Unless KWS drives the jumbos out of our farms, we will have no option but to find our own ways of getting rid of them,” she said.

The meeting was attended by the area MCA James Munuve.

He said residents were justified to express their anger to KWS over the massive destruction caused on their farms.

He said KWS should act with speed and ensure that the jumbos are herded back to the park to avoid nasty confrontations with residents.

He promised to lobby to ensure an electric fence is erected around the park to stop the jumbos from straying into villages.

He said locals should be hired as KWS scouts so they can alert authorities whenever jumbos were about to leave the boundaries of the park.

Tempers flared during the meeting when KWS official Rose Kilonzo cautioned locals against taking the law into their hands. The crowd became hostile even as the officer assured that KWS was doing everything to ensure the elephants were herded back to the park.

Kilonzo was forced to cut short her speech as the crowd demanded she only listens to their grievances and communicates the same to the Kitui county KWS warden Joseph Kavi.

They accused KWS of laxity.

On Friday, KWS dispatched a chopper to herd the elephants back to the park only for another group of the jumbos to invade James Muema's farm in Kikilya village and destroyed mangoes, bananas, maize, pawpaws, greengrames and cassava.

“The jumbos went back to the farm at midnight and devoured everything. There is no crop left standing. Everything has been flattened leaving the farmer and his family hopeless,” MCA Munuve told the Star on the phone on Sunday. 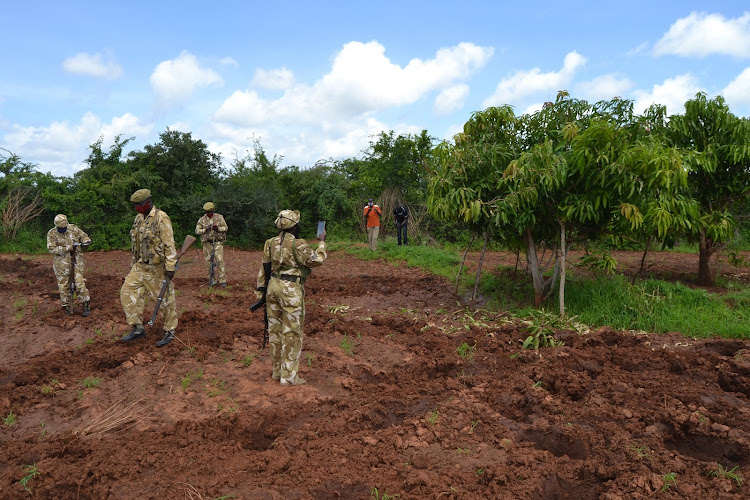