Dams to save Mwingi residents from long search for water 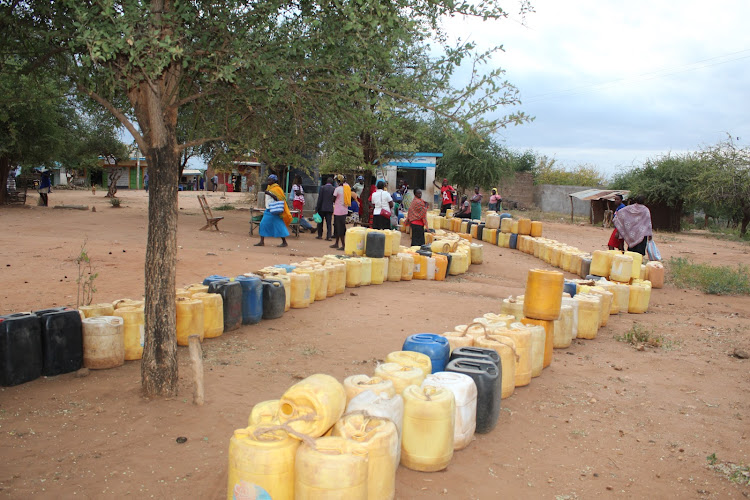 Mwingi North MP Paul Nzengu has initiated construction of dams across all the six wards at cost of Sh10 million to harvest water during the rainy season.

This will be a relief to area residents who trek long distances in search of water.

Mary Mwova, a resident of Ngaaie in Kyuso subcounty, said they used to cover more than seven kilometers to fetch water from River Thunguthu, but now they are happy because water will be available.

She said sometimes they would buy water at Sh30 and this was quite a burden for them due to lack of money.

“Water has been very expensive for years especially during the dry season but the community is now happy that the nightmare has been finally addressed,” Mwova said.

She thanked their MP for initiating the project which, she said, will be of help to many residents.

Kilonzi Musovo, a resident of Ikime village in Ngomeni ward, lauded the dams construction project as a new dawn. Residents will not have to travel six kilometers to fetch water, he said.

Musovo said now the maximum distance to the nearest dam will be 1.5km.

Joshua Kimanzi Kairu, a youth from Tseikuru ward, said children had suffered, as they had to fetch water from far places before going to school.

"Our children can finally focus on their education as they will have less stress of fetching water from distant rivers,” Kairu said.