The CEC attained a Master of Science degree in Agriculture and Rural Development. 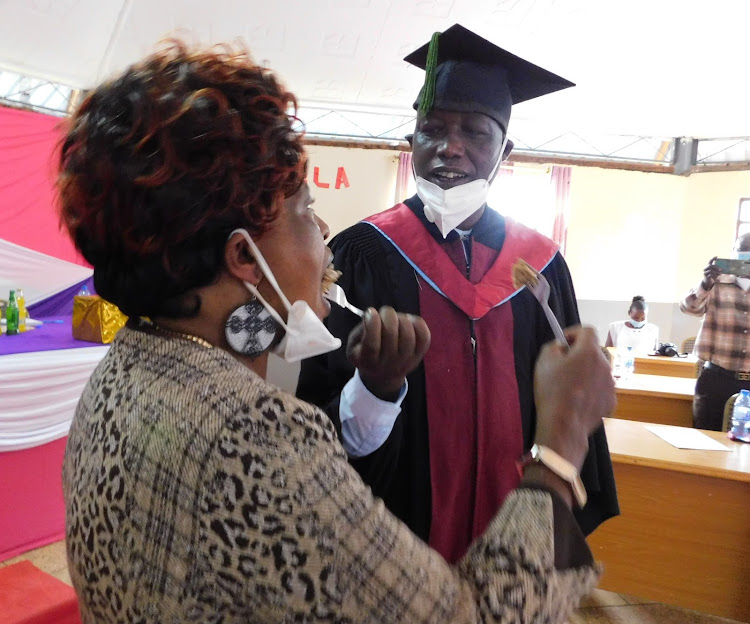 The Isiolo Agriculture executive Lawrence Mwongela has earned a masters degree 33 years after his first.

“After I got my Bachelor of Veterinary degree in 1987, I felt so tortured by education and disappeared very quickly into the field to practice what appertained my degree. The graduation gap is 33 years," he said.

"How I wished this gap was narrow. I pray that our children overcome the fear of failure and enroll for a master’s degree after graduation to use the knowledge gained for betterment of society and humanity.”

Mwongela spoke at Isiolo Catholic Church during thanksgiving prayers after his graduation.

The CEC who attained a Master of Science degree in Agriculture and Rural Development (Animal Production) said he was indebted to his brother-in-law George Miriti and Dr David Mugambi who challenged him to further his education despite his advanced age.

“It took me 29 years to be challenged to go back to University. I was working at the Meru county government when the good scent of education came to me due to nearness of Kenya Methodist University. I gained courage and declared that come what may, I must get a master's. It is dream come true. I should dream another dream,” he said.

The function was attended by several leaders including Isiolo’s County Secretary Galgalo Ahmed. Mwongela said he dedicated the degree to his wife Rachel Muthoni and their children for giving him a conducive environment during his studies since 2016.

He lauded his boss Governor Muhammed Kuti for allowing him serve the Isiolo residents.

“I want to say that the degree that one gets does not show the age of the holder but the year of graduation and I challenge other elders to enroll for degrees, and more so the youths who have many years to benefit from the knowledge gained,” Mwongela said.

He thanked his supervisors Dr William Ncene and Dr Mworia Mugambi for making his journey achievable.