• It will take passengers 1 hour 23 minutes to reach the CBD from the Athi River Station. 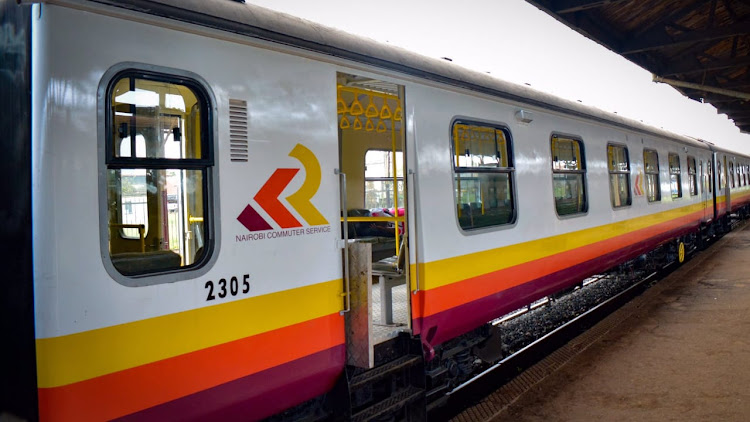 Residents from Athi River will from next Monday have a chance to enjoy rides in the newly launched Commuter Rail System.

Commuters will a fare of Sh80 from Athi River to the Nairobi Central Station.

It will take passengers 1 hour 23 minutes to reach the CBD from the Athi River Station.

Kenya Railways Authority on Friday announced that the commuters train will begin its operations on Monday to Athi River as it also released the train schedule and the payment fees.

Commuters from the CBD will pay Sh 50 if they stop at Makadara, Sh50 at Imara Daima, Sh60 at Mlongongo and Sh80 for Athi River.

At the Makadara Station, those heading to CBD and Imara Daima will pay Sh50 while those alighting at Imara Daima and Athi River will pay Sh60 and Sh80 respectively.

It will cost Sh50 for commuters at Imara Daima to reach  Makadara, Nairobi Central and Mlolongo Stations using the trains while going to Athi River will cost Sh60.

At the Mlolongo Station, Sh60 will be paid for those heading to  Imara Daima, Makadara and CBD stations and Sh50  for those alighting at Athi River.

From Athi River station, it will cost Sh50 to go to Mlolongo, Sh60 to Imara Daima and Sh80 to Makadara and Nairobi Central stations.

The city’s commuter rail service was introduced in May 1992 in response to a series of strikes by PSVs.

With time, the demand plummeted due to poor management.

Kenya Railways is targeting a daily commute to the CBD of 1.5 million people.

Early this week, the authorities released the official Nairobi Commuter Train complete schedule, having trains operating on a fixed daily schedule across Nairobi, at a fixed cost of Sh100.

Uhuru also announced that the commuter rail services will be extended to  JKIA in 2021.

Kenya Railways highlighted that the service is being undertaken in conjunction with the Kenya Airports Authority and will soon launch the Jomo Kenyatta International Airport Express Service.