Records indicate the Sacco had over 300 members when it started in 2011, but now has only 29 active members. 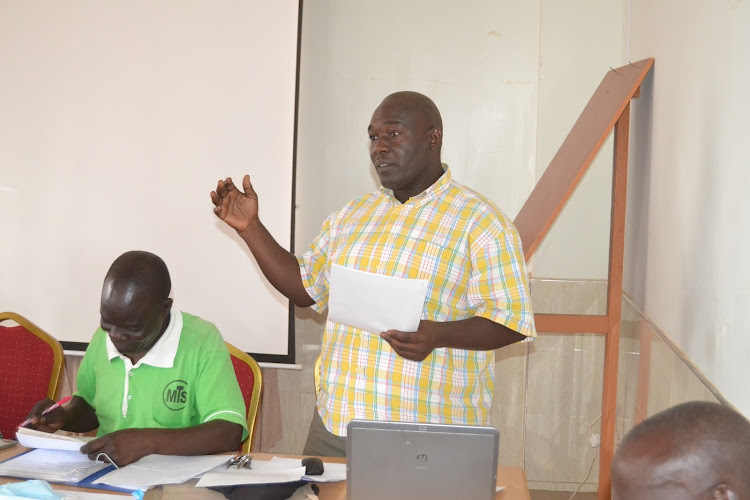 Mwingi Traders Sacco in Kitui county is still afloat only by grace after a sizeable number of members abandoned it and defaulted on loans amounting to Sh1.5 million, an audit report shows.

Records indicate the Sacco had over 300 members when it started in 2011, but now has only 29 active members.

“Before the year 2019, the Sacco had grounded to zero and was on the verge of being auctioned. Members had deserted the Sacco and defaulted in loan repayment to the tune of Sh1,518,085,” auditor Fredrick Matheka notes in a report covering the 2019 financial year.

He presented it to the members at a special AGM in Mwingi town on Saturday.

The report further notes that although at the time the Sacco had cumulative member shares of Sh2.5 million, the funds were not traceable.

Matheka said things started improving when a new board was elected into office on May 9, 2019.

The board mobilised some philanthropic members to salvage the situation by buying more shares and lending funds to the Sacco.

The Sacco was cited for having abandoned the saving and credit function for which it is licensed for.

Instead, it resorted to entirely engaging in hiring out a hearse, the report said, which is wrong.

Sacco chairman Joseph Kamonzo told members that he assumed office when the society was on the verge of collapse, with the hearse being the only source of income.

He said his board’s initial activity was to secure a vehicle that was repossessed on June 13, 2019 slightly over a month after they had assumed office.

“Since the vehicle has now been secured, our focus has shifted to the recovery of defaulted loans,” Kamonzo added.

He noted that the decision by a previous board to purchase the hearse was a mistake because it left the Sacco in serious liquidity problems.

Worse, loans were defaulted on and members monthly contributions ceased.

“In the strict sense, we are only a Sacco by name and not by function. We have not been adhering to our constitution to the latter. We are not saving and neither can we give loans to members,” the chairman said.

The county department of cooperatives has threatened to liquidate the Sacco unless it resumed its core business of taking savings and extending loans to members.

Amount in default has grown by Sh7 million compared to last year between July and December.
News
9 months ago

growing concerns over mismanagement, fraud and bad loans in the Sacco industry
Business
1 year ago