Muthama on home rest after severe nosebleed on Saturday

Muthama said that he would continue fighting for the Kambas just as Paul Ngei used to.

• Muthama was addressing mourners during the funeral of Henry Masaku Ngei, the late veteran politician Paul Ngei's son, at Mbitini in Kangundo.

• A close relative told the Star on Sunday that Muthama was in a stable condition and he was going "through with his normal routines at home". 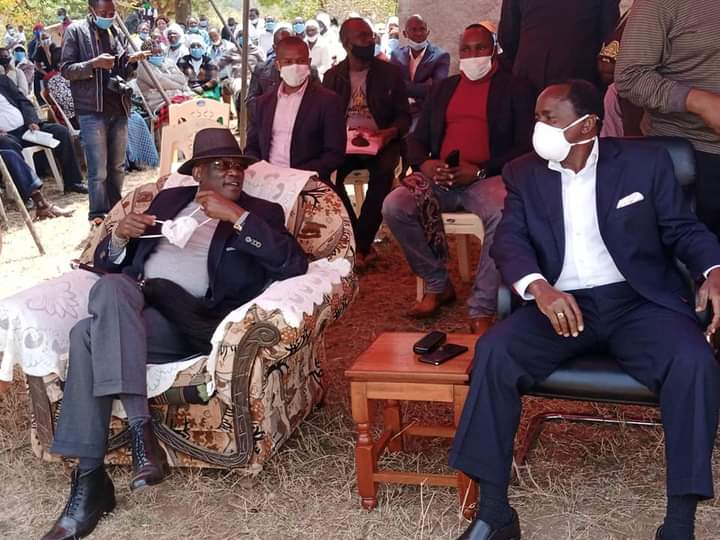 Former Machakos Senator Johnstone Muthama is recovering at his home in Tala after suffering a severe nosebleed on Saturday.

Muthama was addressing mourners during the funeral of Henry Masaku Ngei, the late veteran politician Paul Ngei's son, at Mbitini in Kangundo.

He was given first aid and taken home to be cared for by his personal doctor.

A close relative told the Star on Sunday that Muthama was in a stable condition and he was going "through with his normal routines at home".

During his address, Muthama responded to Wiper leader Kalonzo Musyoka's Friday remarks that he should not negotiate for him.

Muthama said that he helped Kalonzo to become the vice-president of Kenya in 2007.

“If you see Kalonzo Musyoka tell him to always know how to be grateful because if it is not for Muthama, he would not have been Vice president of Kenya, ” Muthama said.

Muthama said that he would continue fighting for the Kamba community just as Henry's father Paul Ngei used to fight for them.

"I am like Ngei, I took over from him. I'm not afraid of being jailed, I don't fear bullets. I don't fear sickness let me go and rest," Muthama said.

“I am a soldier who doesn’t fear death, an activist of people's rights, I am like Ngei and I don’t fear being jailed or sickness. Let me go and rest as you continue with the burial of Masaku, ” Muthama said before leaving the funeral.

On Friday, Kalonzo told Muthama off over his support for Deputy President William Ruto.

Kalonzo said that he was focussed on being on the ballot in 2022 and that he does not need people like Muthama to negotiate for him.

Muthama had ignited Kalonzo's fury when he urged the Wiper boss to join them and become the DP's running mate.

But Kalonzo said he will be on the ballot and asked Ruto backers to be prepared to face him in the elections.

He said it was Muthama who negotiated the deal between Wiper and ODM that saw Kalonzo become Raila Odinga's running mate in 2013 and in 2017.

"This time I don't want anybody to negotiate for me. I will be the negotiator on my own behalf," Kalonzo said.

He added, “I am tired of being used by other people. My friend Muthama, you took me to Raila twice, and the results are what we are seeing now. I will not be calm again, the time has come and you cannot block Athi River water with thickets.”

Muthama had earlier said Ruto is the ideal candidate to succeed President Uhuru Kenyatta. He said he was supporting the DP because he is a man with a stand, who fights on despite intimidation.

He said those threatening politicians supporting Ruto will be chased away from Ukambani and "forced to accept democracy as their votes are not enough to make someone president."

Other leaders who attended the event include Nairobi Governor Mike Sonko, Machakos Deputy Governor Francis Maliti, among other politicians.