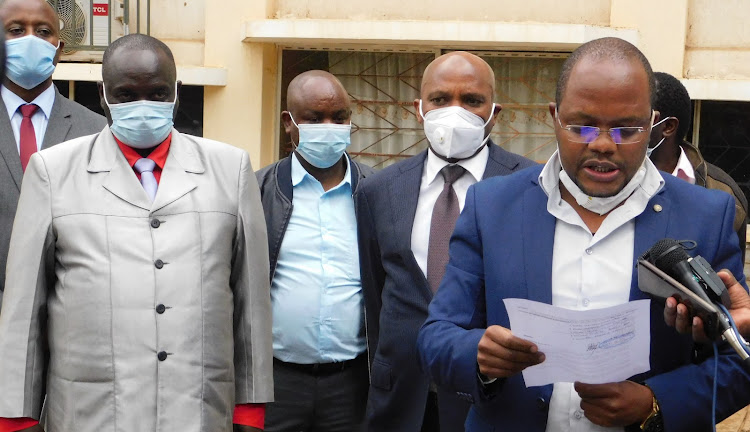 Ntuchiu, who is also the Finance executive, said the government was keen to address the health workers' grievances but lacked funds.

“I want to thank the health workers for the spirit of negotiation which we have pledged to promote in an effort to address health workers' plight especially during this time of Covid-19," he said.

Ntuchiu told the workers that industrial action should be the last resort and that they should first engage the government for an amicable solution.

Miriti and Kirimi said healthcare workers will return to work immediately and  will not be victimised for taking part in the industrial action.

The medics had downed their tools leaving patients in agony for two days, accusing the devolved unit of failing to promote them.

According to the agreement, workers with promotion letters will have their salaries adjusted in their payroll starting next month.

Mugendi said they agreed that those without the letters apply for promotion for consideration in September.

The unions have been engaging the Kiraitu Murungi administration to reach an amicable solution to their woes.

They had accused the devolved unit for failing to remit deductions for two financial years, promote all cadres and address the shortage of staff among other pertinent issues.

“We have agreed to hold regular meetings to review implementation of all the issues agreed to avert any possible strike,” Ntuchiu said.