• The Mithanga sub-location assistant Chief from Masii in Mwala sub county was arrested on Sunday for sexually assaulting a class eight pupil.

• He was arrested after being summoned by the area OCS at Masii police station. The Machakos Assistant chief who was arrested on Sunday for allegedly defiling a 16-year-old pupil will now spend another seven days in remand to allow investigations to be completed.

Daniel Kisilu and his fellow suspect Veronica Mbinya were on Monday arraigned in Machakos resident magistrate's Court where the investigating officer requested to be given ample time to complete his investigations.

Robert Mutuma, the investigating officer attached to Masii police station, argued that if the two suspects were released on bond, they might interfere with potential witnesses.

He said he also needed more time to record statements of the crucial witnesses.

"I request some time to record statements from crucial witnesses and some of them stay in Vulya and Muslaani villages and that is relatively far from Masii Police station", said Mutuma.

The officer also argued that if the suspects were released it would put their lives at risk from being lynched.

The suspects were almost lynched by an angry mob on Friday, but police officers from Vulya police post came to their rescue.

However the legal representative of the assistant chief James Kamanda differed with the request for the suspect to be detained for 14 days.

He noted that his client was willing to cooperate with the authorities and was incapable of interfering with the investigations.

Kamanda argued that Kisilu's enemies were plotting against him to lose his job.

He said, "The malicious claims are made by people who want my client to lose his job. Because if he remains in custody for 14 days he will be absent from duty. So I request he be released on bond or bail as the investigations continue.

But the Machakos Senior Resident Magistrate Charles Ondiek directed that the suspects be remanded for seven days.

The magistrate said the assistant chief is a person of interest and may interfere with potential witnesses.

"Upon consideration of the constables' requests, the Court finds essence in the grounds that the first respondent might interfere with witnesses due his status in the society", said Ondiek.

However Ondiek said releasing the suspects would endanger their lives .

He therefore directed the investigating officer to conduct his investigations within a period of seven days where the suspects will appear in court on July 7.

"The court directs the officer to produce the suspects in court on 7th July 2020. The suspects to be remanded at Masii police station", ordered Ondiek.

The Mithanga sub-location assistant Chief from Masii in Mwala sub county was arrested on Sunday for sexually assaulting a class eight pupil.

He was arrested after being summoned by the area OCS at Masii police station.

Mwala Deputy County Commissioner Aphazard Gitonga said the suspect colluded with one Veronica Mbinya who allegedly lured the girl and delivered her to Kisilu in a bush in Vulya.

He said the girl's screaming attracted the attention of the community members who came to her rescue.

"It is alleged that the lady lured the girl to the assistant chief. She is said to have collaborated with the assistant chief to deliver the girl in a bush at night. The police from Vulya police post went to rescue the lady and the victim from being lynched by the mob", he said.

The suspect managed to escape from the angry mob on Friday but was later arrested on Sunday. 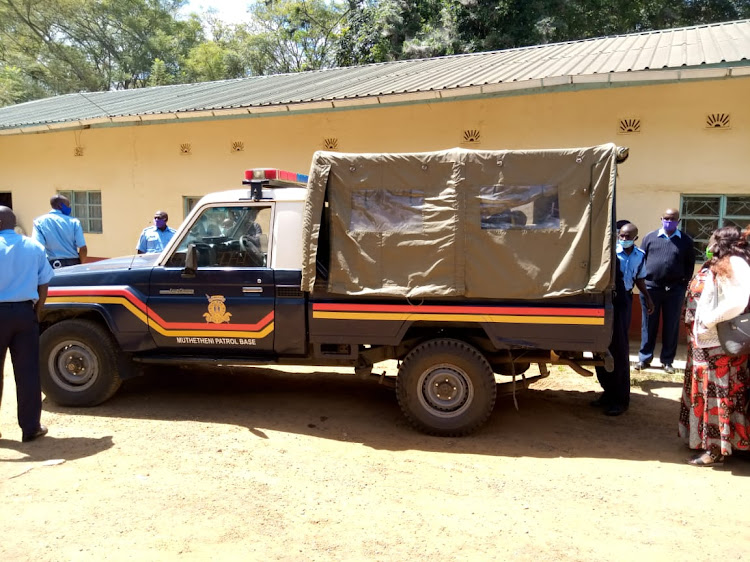