TO BE COMPLETED BY DECEMBER

Kenya Meat Company runs a processing plant that is over 80 years old. 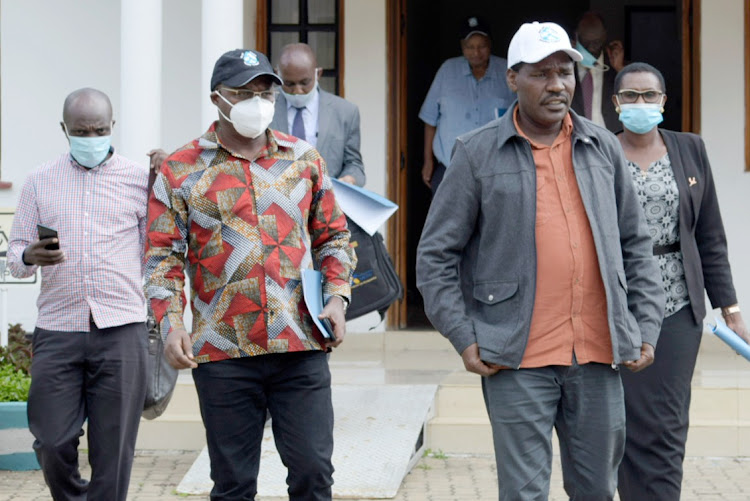 Munya said KMC had been allocated all the money it had requested for to complete the modernisation by December.

He said the government gave Sh500 million in the first phase in 2018. “They have received the allocations,” the minister said.

Munya said the company will be allocated money to complete its staff rationalisation process, settle debts, including money owed to farmers who supplied livestock since 2016, among other suppliers.

The CS addressed the press after he inspected the plant at KMC headquarters in Athi River, Machakos county, on Friday.

Munya said all decisions had been made to effect the turnaround project at KMC to make it operate optimally and make profits so as to become self-sustainable.

“I came to familiarise myself with what is happening at KMC. They are in the process of completing modernisation of the processing plant,” he said.

“We have set the project’s completion target for December and we intend to come back in August to assess the progress.”

Munya said the contractor who had been working on the project will complete it since “the issues with him were resolved”.

“We will not entertain any delay in the completion of this project any further,” he said.

Kasaon said the factory was up and running with a slaughtering and canning capacity of 50 large animals.

“We hope that soon, we will be able to slaughter more animals. The current capacity is 50 animals but we can slaughter up to 500 large and 1,000 small animals each day,” he said. Kasaon said the factory is over 80 years old, hence outdated technology.

Munya said the government believes KMC is a strategic asset for the livestock sector and in adding value and supporting farmers to access local and global markets.

He asked the managing commissioner to ensure all the strategic decisions that had been made were implemented.

“We believe in the Buy Kenya Build Kenya policy. All government institutions and agencies that consume livestock products should be able to buy them from here. Unfortunately, the capacity isn’t there. So, even if we insisted of them being sold, we will not get supply,” the CS said.

Munya said privatisation of KMC may not work since it had not worked for most state institutions.

KMC, the CS said, must generate its own money to run itself.

Munya said the report on debtors’ verification had been completed and, therefore, all the debtors will be paid.

“It’s unfortunate that it has taken that long, they are being allocated capital so that they are able to run the business,” the CS said

"Apart from modernisation, KMC needs capital for buying livestock and selling their products."

He said KMC should use its numerous assets to generate revenue for self-sustainability.

“Squatters are invading and taking over the assets. We want to see how they can secure the assets to generate revenue,” Munya said.