'NO NEED FOR ALARM'

• The 13 worked at a local hotel and were quarantined after their colleague was confirmed positive.

• Subcounty commissioner says they have formed a multi-agency response team for contact tracing. 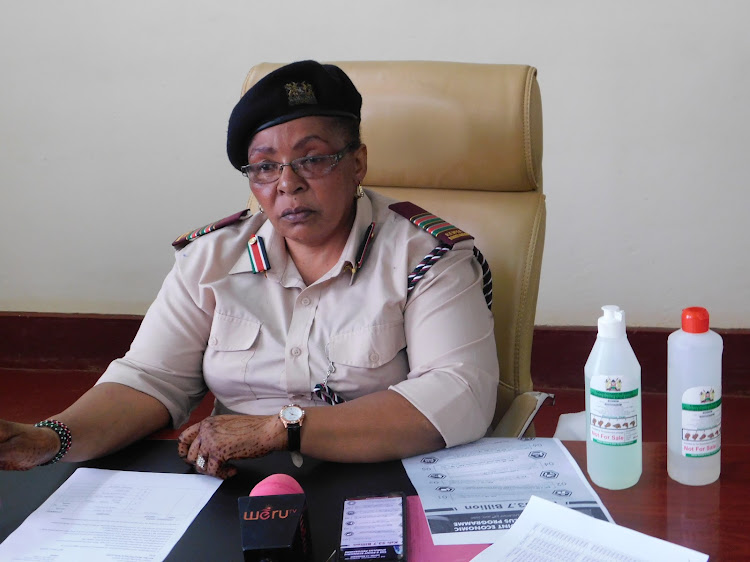 The thirteen people who worked with the first Covid-19 patinet in Meru have  all turned negative after 14 days in quarantine.

Buuri West subcounty commissioner Asha Kiiva told residents there is no need for alarm as the 23-year-old woman had visited the area the previous day and was living alone.

“She worked in a hotel and after she was confirmed positive, our teams moved with speed to trace the contacts. She came from Igoji in South Imenti."

"Thirteen staff members were quarantined and they have turned negative. We are not allowing people from Covid-19 hotspot counties into Buuri,” Kiiva said.

The 13 who worked at a local hotel were quarantined after their colleague was confirmed positive. Meru has recorded three cases so far.

Meanwhile, the administrator has said they have recruited more than 700 youths in Buuri to get engaged in community projects development as part of economic stimulus and mitigation of Covid-19 impacts.

She said second phase of the recruitment is ongoing and urged residents to apply at their chief’s offices.

“It doesn’t matter whether you are skilled or not. You will get employed,” Kiiva said.

She, however, noted that "the culture, activeness and interactive nature of Kenyans" has been the main hindrance to observing social distancing and other directives by the Ministry of Health.

She says Covid-19 has disrupted the norms and activities of many Kenyans, who are finding it difficult to keep social distance or wear masks.

She said police in his area are now enforcing the guidelines not by arresting but encouraging residents to ensure their own safety.

She warned bar owners their licences would be revoked if found operating.

Kiiva said Nyumba Kumi members have been tasked to identify and register vulnerable people who were laid off from the farms with the subcounty so that they can receive relief from the government.

Driver from Mombasa was intercepted at Muthara, Tigania East constituency, on Tuesday.
Counties
1 month ago