Harmful waste finds its way into rivers, which villagers rely on for irrigation and domestic use.

• Used face masks from health facilities disposed of at the site.

• Water and Sanitation executive says the environment team is looking for a suitable place for garbage. 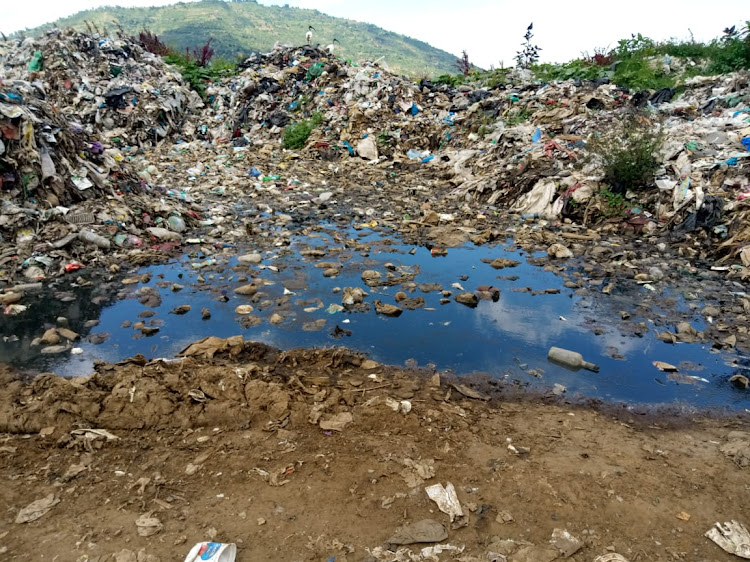 Residents of Mikuyu and Mitheu in Katheka Kai location, Machakos, have urged the county government to relocate a dumpsite that is polluting local rivers and endangering their lives.

They say the dumpsite in Mikuyu has become a health hazard as harmful waste from the site finds its way into Manza and Mikuyu rivers, which join River Mwania near the Machakos-Wote road. The villages depend on the rivers for drinking water and irrigation.

Joshua Mwangangi from Mikuyu said the dumpsite was moved there from Mlolongo and Athi River in Mavoko. This happened after a major dumpsite in the Sabaki area was blocked.

He alleged that used face masks from health facilities are being disposed of at the site, hence exposing them to the risk of contracting Covid-19. It also has plastics and chemicals, which when burnt, produce hazardous smoke.

"I request they burn the garbage once or twice per week because the smoke from there is harmful. It goes to a distance of 100 metres from the dumpsite and it's usually so thick and dark that you cannot see anyone," Mwangangi lamented even as the county said it will soon fix the problem.

He expressed concern that despite the ban on polythene bags, some are still dumped at the site. He questioned how they get into the market.

"These polythene bags have been a problem for us, farmers, because every time we have to protect our cattle from entering anywhere near the dumpsite so they won't consume the plastic bags. They used to look healthy but now their health has been deteriorating after they consumed the bags. Even their prices have gone down," he added.

Ndunge Maithya, a farmer from Mikuyu, complained that the dumpsite is full and has been extending into their farms, depositing chemicals that "burn" their crops.

She alleged that once it rains, the garbage gets swept away through their farms and then into the river. She urged the government to either fence off the dumpsite or have it moved to an appropriate location.

Machakos Water and Sanitation executive Naomi Mutie said they were aware of the situation and assured residents that the environment team was in the process of procuring a suitable place for garbage.

She said the place was not gazetted as a dumpsite. Mutie added that they have been working in partnership with the National Environment Management Authority to instal a waste recycling plant.

"We know that the place is not gazetted since an environmental impact assessment was not carried out. But the county is planning to set aside a major site for the entire county," she said.

Mutie said they will fence the site to protect residents from contracting diseases.

The residents alleged that the wastewater has turned River Mitheu green.

Muuo Mutisya from Mitheu village said, "We have been suffering because the sewerage that comes from this dumpsite is always drained into River Mitheu. That's where we fetch our water for domestic use but since it has changed to green, we are forced to purify it but not everyone can afford that, so we are at great risk of getting waterborne diseases."

Jeremiah Mutavi of the Semi-Arid Region Environmental Services, a non-governmental organisation, said they had received complaints and wrote a letter to the county secretary, citing the problems.

He said the organisation had assessed the situation and confirmed that it is a great health risk. He urged the relevant agencies to clear the mess or they will sue them if they do not act within 30 days.

"The dumpsite was created by the municipal council of Machakos without a prior environmental impact assessment as required by the Environmental Management and Coordination Act," Mutavi said.

"The residents have been complaining and that's why we wrote to the county government and to the county commissioner for something to be done, failing which we will move to court for further directions." 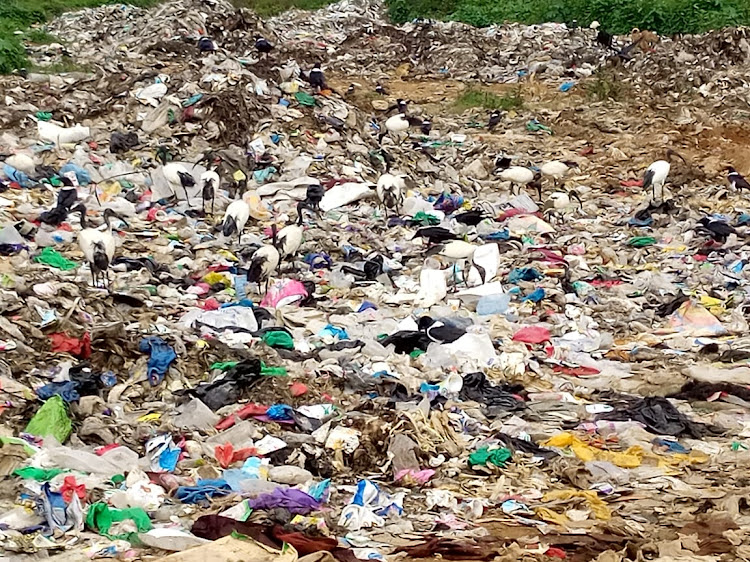 Mutavi added that there was no public participation before the dumpsite was created.

"Residents say they were not involved when the dumpsite was relocated there. So I urge the county government to create another place for dumping the garbage," he said.

He raised concerns that besides the unpleasant smell from the site, children play around and pick the used face masks unaware that they expose them to diseases.

"A perimeter wall should be constructed around the dumpsite and trained people deployed to separate the garbage to see which ones can be recycled for fertilisers and which ones need to be burnt. This is also a way of creating jobs for the youth," Mutavi said.