• Musili Masila said he met two policemen on his way home after closing his shop near Mwingi bus station.

• He said he fled when he realised the officers were going to injure him more if he tried to explain himself. 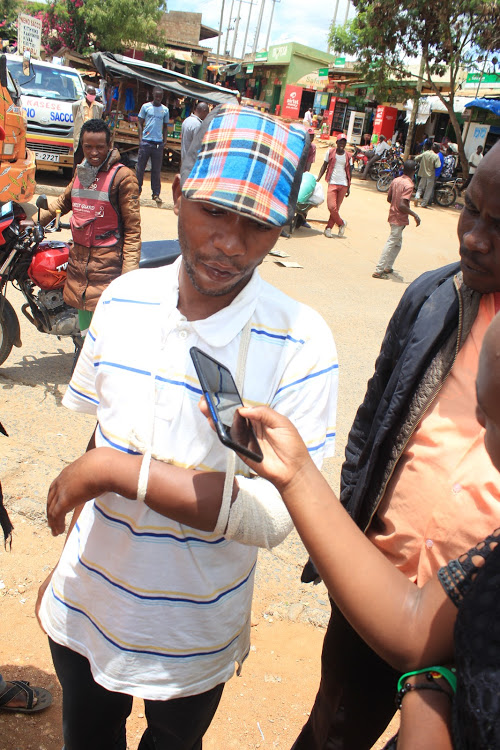 A broken arm and bodily injuries were the price a Mwingi businessman paid for being out three minutes past curfew hours.

Musili Masila said he ran into two policemen on his way home after closing his shop near Mwingi bus station.

“I met the two officers at exactly 7.03pm. Before I could explain why I was out late, they beat me breaking my left hand,” Musili said.

He said he fled when he realised the officers were going to injure him more if he tried to explain himself.

Musili said he did not go to the hospital and has nursed his broken hand with warm saline water.

“I also bought a bandage that is helping me sling the arm on my chest to avoid it swelling more,” Musili said.

Musili said he does not have money to get treatment in a private hospital as they are currently very expensive.

He called upon police officers to be gentle as they enforce the curfew.

“I fully support the presidential rule of the dusk-to-dawn curfew but police ought to act with moderation,” Musili said.

Mwingi central subcounty police boss Peter Mutuma said his police officers are instructed not to use excessive force while enforcing the curfew.

He said no cases of police brutality have been reported to the station.

“Mwingi residents have not given us hard time while enforcing the curfew drive,”  Mutuma said, adding that minutes before 7 pm, the streets are always clear.