NEMA PUT ON THE SPOT

National Environment Management Authority accused of colluding with the firm to undermine compliance with a 2018 House report. 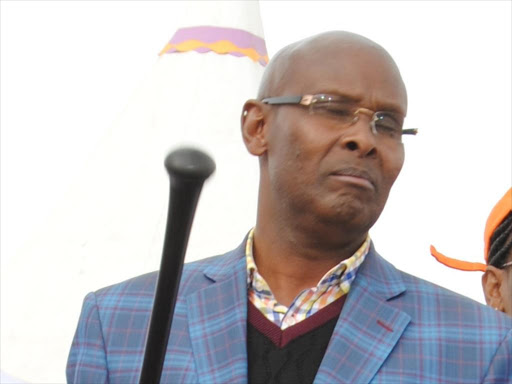 London Distillers has one month to comply with air safety standards or face closer, a parliamentary committee has directed.

The National Assembly Committee on Implementation on Thursday ordered the National Environment Management Authority (Nema) to ensure compliance. The distiller has been accused of pollution in a 2018 report by the Committee on Environment and National Resources.

Committee chairman Moitlel ole Kenta (Narok North) expressed disapppointment with Nema’s low pace in implementing the report. Kenta said Nema is exposing Kenyans to health risks by its reluctance to close the company as was directed.

London Distillers has been embroiled in a dispute with residents of Great Wall Gardens, owned by Erdermann Property Ltd, over claims of emptying toxic waste into Athi River. Residents accused the firm of failing to put in place appropriate technology for waste management.

Nema acting MD Mamo Mamo, who appeared before the Kenta-led committee, was hard-pressed on the agency’s reluctance to implement a House report. Other committee members, led by vice-chairman Godfrey Osotsi, claimed the agency has been compromised by the distiller and is buying time as it engages in a cover-up.

"London Distillers and Nema are working together on this issue. Parliament has a clear deadline, which must be adhered to. It is clear Nema is buying time," Osotsi said.

Kenta said, "London Distillers and Nema are taking us round in circles. This report was to be implemented within six months."

Mamo, however, defended Nema’s inaction saying if they were to go the destruction way then all industries will close shop. He said more than 90 per cent of local industries do not meet air quality standards.

"If we were to go that direction of closing down, we are most likely to close 90 per cent of the companies," he said.

He explained the environmental agency has instead chosen to take companies through a compliance assistance journey to avoid a devastating impact on the country’s economy.

"It is difficult for us to close the company when it has failed the compliance threshold. If we close down, we are likely to send many people home and affect our economy."

Mano explained that Nema has been unable to confirm compliance because the plant has not been fully operational for months. Kenta directed him to ensure the distiller is compliant and report back to the committee within one month.

"If by the fourth week from today (Thursday) the firm has not complied, then you close the factory. It is better to close factories than to kill Kenyans," the lawmaker said.