• Isiolo county commissioner says it was not an ethnic clash but the work of criminals. 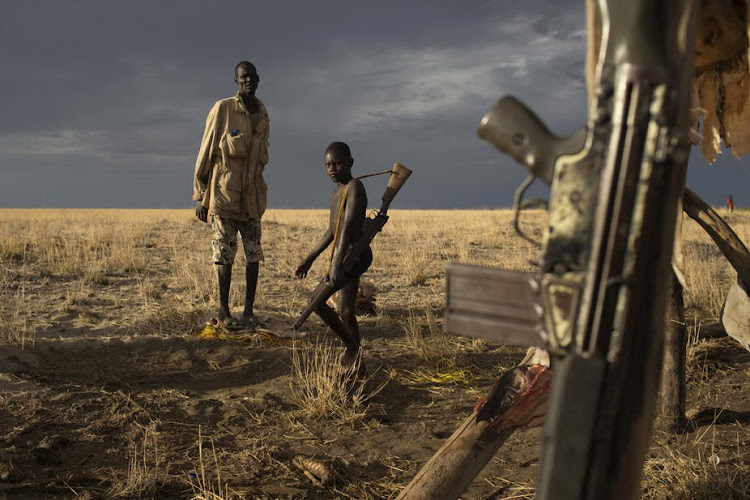 The Isiolo-Laikipia border is tense following the killing of four people at Naibung’a conservancy in Laikipia North constituency on Wednesday.

Two guards at Olentile camp were killed at dawn while two of the attackers from Isiolo were also shot dead. No livestock were stolen.

A primary school building was destroyed, learning materials torched and a homestead belonging to the area chief was also burnt.

More than 300 people have fled the villages and sought refuge in Narapa and Oldonyiro.

A security meeting was held in Isiolo. It brought together security teams from Isiolo, Samburu and Laikipia counties as well as commissioners from the National Cohesion and Integration Commission.

Illegal firearm handlers were ordered to hand over the weapons to police immediately ahead of forced disarmament in the region. Those found in possession of illegal firearms will be punished.

Security officials already have names of some of those involved in the Wednesday attack and are pursuing them.

Residents of Narasha and Tiamamut villages along the conflict-prone border had accused the government of failure to punish perpetrators of the Wednesday attack.

However, Isiolo county commissioner Herman Shambi said the attack was not an ethnic clash.

He said it was a plot by a few criminals from Oldonyiro area of Isiolo who teamed up with others in Samburu county and attacked Naibung’a area of Laikipia North constituency.

“Security officials already have names of some of those involved in the Wednesday attack and are pursuing them,” he said.

Dalmas Makori, a commissioner at the National Cohesion and Integration Commission, said that the commission was exploring political intervention.

He warned that anyone who incites or supports bandits in any way including procuring arms will be punished.

Anxiety has declined following deployment of additional police in Tiamamut village along the border of Isiolo and Laikipia counties.

Interior ministry should not have disarmed National Police Reservists selectively, disarming those from Isiolo while the ones from Laikipia are still armed.

Isiolo North MP Hassan Odha visited the area on Sunday said the attack was due to incitement by leaders from Laikipia North. He called on, responsible government authorities to probe their conduct and punish them.

“,The  Interior ministry should not have disarmed National Police Reservists selectively, disarming those from Isiolo were disarmed while the ones from Laikipia are still armed,” he said.

He claimed the move left Isiolo people defenceless and disadvantaged, making them watch helplessly as attackers from Laikipia destroyed their property while guarded by National Police Reservists.

The legislator asked the ministry to review their decision and either disarm police reservists from both sides or arm them equally.

He said that his office would help rebuild the damaged homesteads, the school and also establish a police post.

Resident Albert Lemasulani said that the attackers also burnt a cultural centre that was to host circumcision rites for boys during this month of March, causing confusion on how the rites will be conducted. Elders are expected to provide guildance.