Residents corner man on the runs in a maize plantation, beat him up and set his body ablaze

• He thereafter fled and disappeared from the village.

An angry mob flushed out a murder suspect from his hiding place in a maize plantation and lynched him in Mavatano, Masinga subcounty of Machakos.

He thereafter fled and disappeared from the village.

But luck ran out for him on Sunday morning when he was cornered and flushed out the maize plantation by angry residents.

Mwaniki was frogmarched to the nearby market, beaten up and his body set ablaze.

Kitangani village head Jacinta Musau said police and locals had been looking for the man since Friday.

The two are alleged to have been in a relationship and might have disagreed.

Deputy county commissioner John Ayienda said the suspect is alleged to have intended to rape Angeline but killed her after she objected.

Ayienda said police are still investigating the incident. He urged members of the public to allow the police to conduct investigations instead of taking matters in their hands.

"I want to say that no matter what crime a suspect has committed, no one has the right to kill them. Let them inform the police first and hand over the matter to us instead of taking justice in their hands. They should follow the law," he said.

The charred remains have been to Thika Level 5 Hospital mortuary. 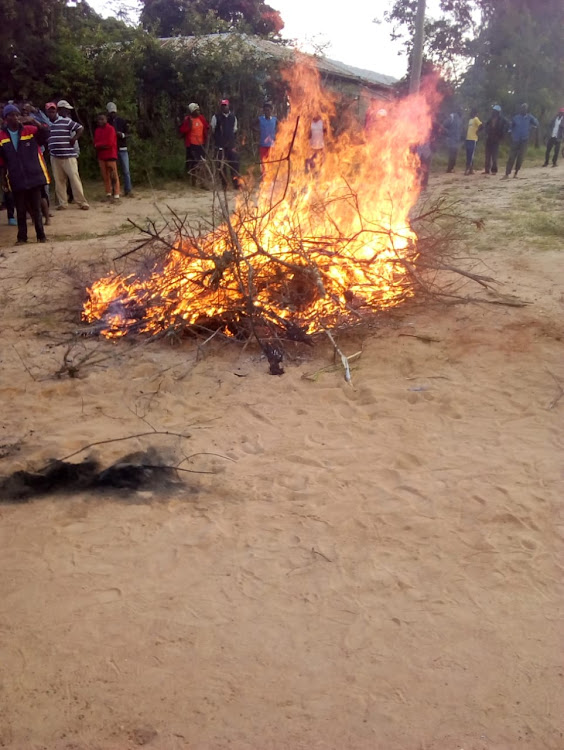