Says government looking for markets, has taken over management of KPCU 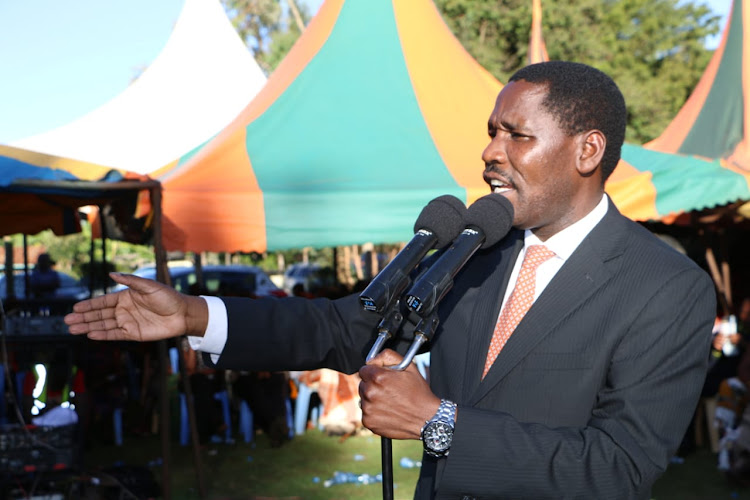 Trade and Industry CS Peter Munya has urged farmers not abandon their coffee because the government is seeking new markets.

Munya cited the just concluded Nebraska Coffee Auction where Kenyan coffee was sold directly to roasters in the USA. Farmers whose coffee was sold at the auction will be paid Sh120 per kilo for produce delivered.

Some frustrated farmers have been reported to have started uprooting their bushes over poor pay.

But Munya said the government had taken over the management of Kenya Planters Cooperative Union to streamline its operations after decades of mismanagement.

He also announced the much awaited cherry advance will start its roll out later this month. Under the scheme, a farmer will be eligible to receive a certain percentage pay for produce delivered awaiting the final payout.

"I am also a coffee farmer. We are in the process of reviving coffee and tea. Farmers will be paid cherry advance at KPCU. We are also seeking markets. President Uhuru Kenyatta has great plans to ensure milk prices go up too to benefit the farmer," Munya said.

CS Munya pleaded with farmers to diversify into BT cotton farming, which he said has a higher yield in comparison to the current variety.

The cabinet has already approved its commercial farming.

The CS said the government is supporting the growing of sorghum through contract farming. Under the model, the buyer provides seed to the farmer and offers a guaranteed market.

Gachagua said Munya was unavailable, inaccessible and had never visited farmers to know their issues.

Gachagua said cartels pretending to superintend tea at the auction in Mombasa have connived to exploit farmers who have nobody to turn to.

“I am requesting President Kenyatta to direct the CS for Trade to urgently come and talk to farmers because, at the end of it all, it is the wearer of the shoe who knows where it pinches,” he said.

Gachagua had three tea bonuses announced recently were the lowest the farmers had received for many years.