• The MCAs identified only 97 boreholes sank in the past two years by the county government against the 150 claimed by the Kiraitu administration.

• The committee investigated how many were fitted with solar panels and other accessories, their cleanliness, portability and fitness for human consumption. 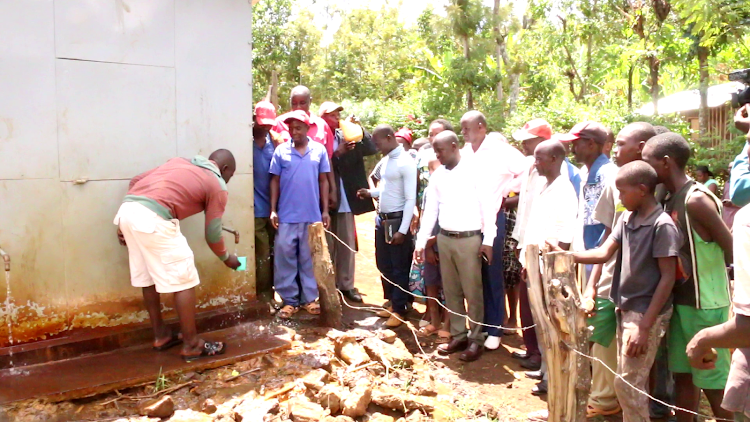 Water in some of the boreholes sank by Meru county government is unsafe for human and livestock consumption.

MCAs have recommended that such boreholes should be shut. The recommendation follows investigations by the Water, Environment and Natural Resources Committee chaired by Romano Mwito.

The MCAs investigated the number of boreholes sank, the number fitted with solar panels and other accessories, their cleanliness, portability and the fitness of their water for human consumption.

They established that only 97 boreholes had been sunk in the past two years by the county government against the 150 claimed by Governor Kiraitu Murungi administration.

Some of the boreholes had no water.

The committee's report was tabled yesterday by nominated MCA Betty Kiambati. The session was chaired by Secondina Kanini.

East Africa Legislative Assembly MP Mpuru Aburi said he had been dismissed as a mad man after he complained of contaminated boreholes.  He was happy that the MCAs had vindicated him.