The girl and her uncle survived on mangoes and pawpaws

• Their worst fear was being attacked by snakes, crocodiles and hippos 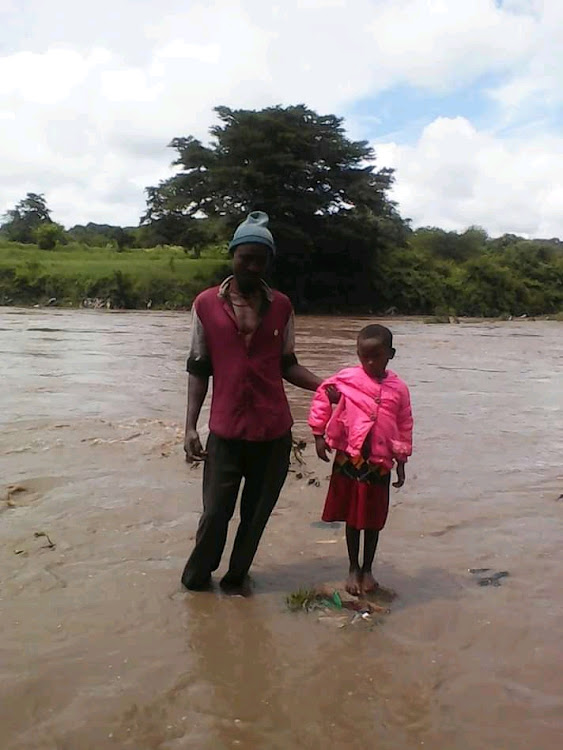 Seven-year-old Mutio Wambua and her uncle were marooned on a small island on River Athi for two days, scared that they would be attacked by snakes, crocodiles and hippos.

Uncle Musyoka Nzangwa could swim across the swollen River Athi from Syokithinze island in Kalindini, Yatta sub-county, but little Mutio could not.

The two survived on mangoes and pawpaws picked from their farm on the island. Help came on Monday from the police, the Kenya Red Cross and local divers.

Mutio and her 13-year-old sister had on Saturday morning waded to the island from their home to herd cattle.  The uncle followed later.

But River Athi started swelling in the afternoon following a heavy downpour upstream. They dared not attempt the crossing from the island to their home.

On Sunday the sister managed to swim across the now fast-flowing river to get help.

Musyoka, 40, stayed behind with the smaller niece, praying that the water level would drop.

"I know how to swim but I couldn't carry her along. We had to wait for help," he said after they were rescued on Monday.

"I thank God because we came out safe. My fear was that the worst would happen. But God heard my prayers. I would move around our farm on the island looking for fruits, like mangoes and pawpaws to eat," he added.

Their livestock was left on the island.

He at the same time asked residents to harvest rain water for future domestic use.