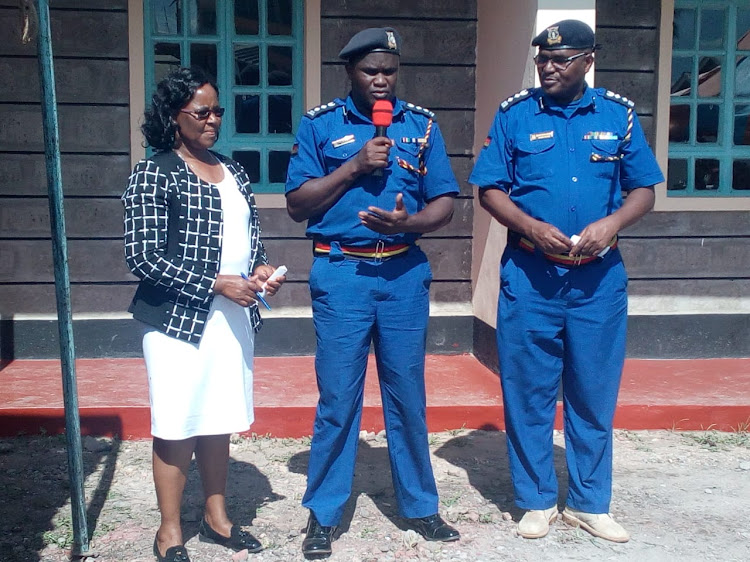 Machakos residents have been urged to work with police officers to curb crime especially during the festive season.

County deputy police commander Ndung'u Waigonya over the weekend asked residents to give information to police on criminals in their midst.

“We will not allow any crime to take place in the county because the celebrations won’t be successful. I call on residents to report any suspect planning crime to security agencies for immediate action,” he said.

Speaking in Kyumbi during the commissioning of Sh1.5 million police station funded by the NG-CDF, Waigonya said it is the responsibility of every Kenyan to make society safe.

He asked chiefs and their assistants to be more vigilant in their areas of duty to ensure residents celebrate Christmas and New Year in peace.

“Government officials in villages must work and ensure no one commits a crime or causes a disturbance as people celebrate across the county,” he said.

He urged boda boda riders to collaborate with the police by giving information since they know a lot about the society they operate in.

He said the riders should be trained and get insurance cover.

The MP promised to sponsor 1, 000 boda boda riders from his constituency to undergo training.