• MP says leaders should focus on improving the economy rather than concentrating on who is going to be the next president.

• Legislator proposes that national government in its 2020-21 budget sets aside Sh100 billion to pay every youth Sh5,000 per month. 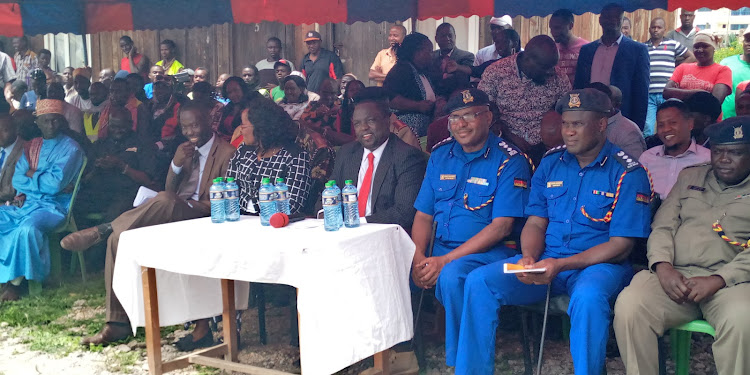 The Building Bridges team failed to indicate how to transform the faltering economy to ensure prosperity, Mavoko MP Patrick Makau has said.

Makau said the BBI report says nothing about how the country will repay billions of shillings in debts to China, other countries and other lenders.

BBI should have focussed on improving the "worsening" economy,  rather than concentrating on governance structure, Makau said.

"We must fix the security and peace of this nation and address job creation. The BBI must tell us what we will do next," Makau said.

He was speaking during the launch of the Sh1.5 million Kyumvi police station constructed by the NGCDF.

“Since the report is out, all Kenyans will have the opportunity to read and give an opinion on what they think is good for the country with the aim of solving our problems," he said.

That money can be allocated from the Sh336 billion sent to the county governments instead of just "being squandered by corrupt leaders".

"We can convert this money to help the youths instead."

He said the money will reduce poverty,  crime and recruitment of youths into terrorist groups.