The measures are enshrined in the Crops Bill, which is in the last stages of development. 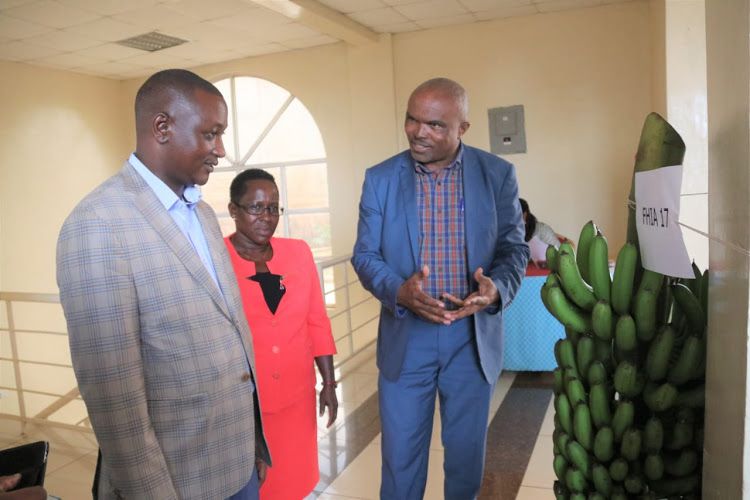 Meru has crafted new laws to protect Banana farmers from brokers, who have infiltrated the sub-sector.

The measures are enshrined in the Crops Bill, which is in the last stages of development.

“Meru boasts of being the leading producer in banana production in the country with an annual production of 400 metric tonnes worth Sh6 billion,” Mutiga said.

Some of the varieties grown in the county are William Hybrid, Gross Mitchel (Kampala), Fhia 17, Giant Carendash, Uganda Green (Kiganda) and plantains that are commonly known as Gichagara.

“We want to find reliable markets for our farmers and also emphasise on value addition. We want farmers to form societies for them to dictate prices and curb exploitation,” Mutiga said.

She said the county is establishing a banana winery plant.

Current banana supply in Kenya only meets 47 per cent of the demand, meaning there is a big opportunity in the industry to fill the gap. In Kenya the crop is largely grown by small scale farmers.

There are two types of banana: dessert banana and cooking banana, both of which are grown and are available in local markets.