• Kitui CID boss said samples have been taken to Government Chemist to establish the fuel used. 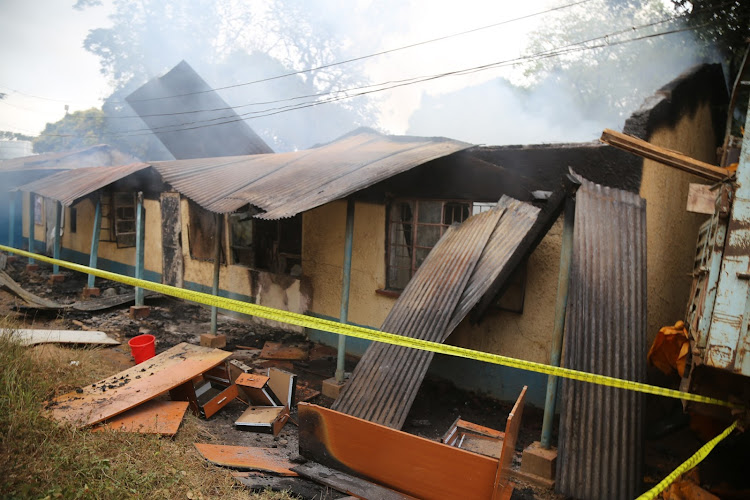 INSIDE JOB: Kitui county finance registry and economic planning and budget office after it was razed by the Monday fire
Image: Musembi Nzengu

Investigations into the Monday morning fire that razed the Kitui Finance department registry and budget office point to a possible insider job.

Kitui DCI boss Mureithi Wachira on Wednesday said they established that the fire was as a result of arson.

Detectives had interviewed and recorded statements from more than 10 people from within and outside the county government, either as potential witnesses or suspects, he said.

The Star established that among those grilled is Ben Katungi, the executive in-charge of administration in the office of Governor Charity Ngilu, and chief officers including head of economic planning Justus Kalii.

“It has become overt that someone willingly set the building on fire. We are seeking to know who it was and why.”

He added, “We have collected spacemen samples from the scene for analysis at the Government Chemist in Nairobi. We want to establish what fuel was used.”

The county top detective promised that it would be long before investigators lay their hands on the culprits. He fumed over the speculation over the fire but added that sleuths will conduct a thorough and professional investigation to establish what happened.

Speaking in a talk show on the Kamba Vernacular station County FM, Musili said it was telling that the fire came soon after the county assembly flagged the use of Sh1.7 million development money in the 2018-19 budget.

He said the assembly also raised questions on the payment of Sh450 million to alleged ghost workers hired without authority in the just-ended financial year.

Fire consumed everything by the time help came to the rented wooden house.
News
3 years ago
by MUSEMBI NZENGU News Correspondent
Eastern
26 July 2019 - 00:00